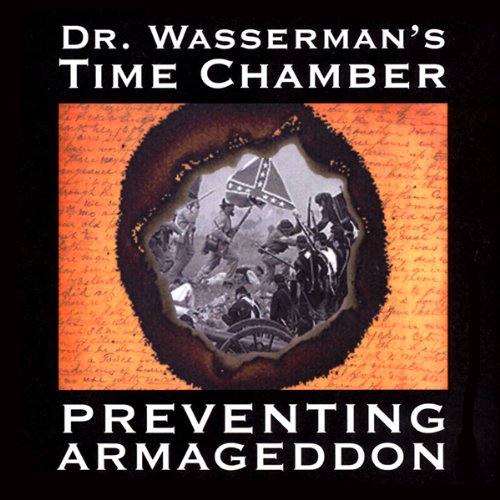 Atlantic City, 1992: Dan Grossman comes across a story that sounds incredible. Did the South really win the Civil War? Did a lone physicist really go back in time and prevent Armageddon? Or is it just the delusional dream of an acknowledged schizophrenic?

Within the narrative is the genius of Doctor Wasserman; the sweetness of Kay Miller; the strength of Jennie McIntosh; the heroism of Captain Scott; and most of all, the unforgettable Abbey Washington.

Once he delves into. Grossman finds the madness of Carl Miller may not be madness at all but instead an unbelievable truth.

The Confederate States of America, 1863: Dr. Carl Miller has only 10 weeks in order to find the only person he believes capable of altering his history: the niece of General Robert E. Lee. He must convince her that the South needs to lose the war and that her uncle is the key to preventing the death of millions.

Dr. Miller has accounted for everything in his plan to change the world - except falling in love with the woman he must turn traitor. To save the future, he must destroy the past - and his only chance at happiness.

This is a pretty cool time travel novel that incorporates alternative history (see author Harry Turtledove who invented the genre). The story will have you guessing up until the very end.

Started out good and the went down hill.

What disappointed you about Dr. Wasserman's Time Chamber?

The author started out with a good premise but went down hill from there. The main character seems smart and then does all the wrong things when it's time to act. The premise is to go back in time to prevent the south from winning the Civil War but instead of going to the northern general and convincing him that he was a spy, he trys to get General Lee to throw the battle of Gettysburg. How incredibly stupid!!! Get a general to lose on purpose? Really? Don't waste your time on this book unless you want to be frustrated or want a good laugh.

Would you ever listen to anything by Lee Geiger again?

This story is probably better in book form than listened to. It is a great story with a poignant wrap-up. Trouble is, when you are listening, your inability to skim past the horrendously long-winded, stilted dialog and mercurial shifts in personality and IQ displayed by the leading characters will have you rolling your eyes. That being said, the author earned an extra star for his marvellous creativity and a different take on the South in the Civil War; it is true: The Winners Write the History.

Loved the story and reader was very good

I liked the story. It was interesting and easy to listen to.

I loved the idea behind this time travel/alt-history story, but I disliked the hero's overheated narrative style. I wish I could quote some of the language, but it was pretty thick to the point of being funny without intending to be.

I am a keen fan of "What if?" SF, alternative histories and so on, and so I was looking forward to listening to this book, having read reviews of it elswhere.

What a terrific book it is - really well written, with a very touching love story running through the story. I was absolutely hooked from the start, and fairly gobbled it up! The basic premise of how great history can be altered by even the smallest of apparently unrelated changes is an intriguing one, and it is very cleverly developed in this book.

The narration is pretty good too, perhaps a bit over-dramatic at times for my taste, but varied and well paced on the whole, and with good characterisation.

Surprised I had not heard of it before...

What a great book! I am surprised it is not better known as it is well-written, has interesting characters and a clever plot. I have read other sci-fi books which, although regarded as classic, genre-defining stories, do not match up to this one for it's beginning-to-end enjoyment. As such, I would recommend this book to anyone who enjoys a good sci-fi combined with history and 'what-if' speculation. The narration is excellent.