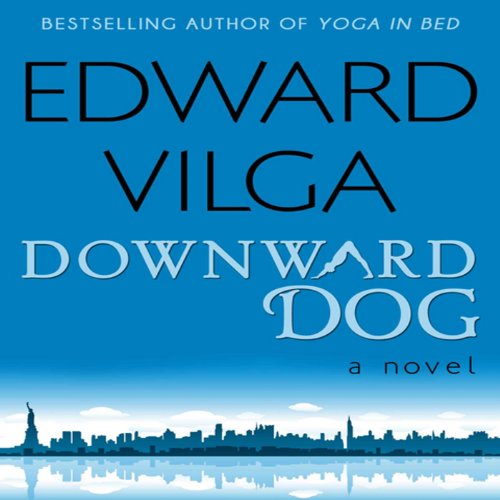 Downward Dog tells the tale of a handsome Bad Boy who becomes a yoga instructor while trying to redeem his womanizing ways and win the forgiveness of the only woman he’s ever really loved. Down on his luck, thanks to a failed nightlife venture, which fell apart because of his womanizing ways, our hero’s stuck with massive debt and broken dreams. His only safe haven is the yoga world, and when his well-connected best buddy launches his yoga career among New York City's elite, our working-class hero becomes a guru to society’s top one percent, a wolf let loose amongst a flock of comely sheep.

What listeners say about Downward Dog

At first I hated the main character of this book and had a hard time listening. Then I realized there was a sort of self-depracating humor about the character that becomes more apparent as the book progresses, that the whole story is making fun of what a Yoga Teacher typically represents -- a lot of contradictions at the very least. Fun to have a male protagonist who is somewhat exploited. In the end, it was an enjoyable, funny, and somewhat illuminating book.

This book is well written, witty, and captivating all the way through. A fresh writing style to me. I'll read anything else by this author.

An auditory page-turner... or chapter-turner?

I seldom listen to fiction. This one caught my attention and I'm glad it did. It's one of those books you can't put down.

What made the experience of listening to Downward Dog the most enjoyable?

I really enjoyed this book which surprised me. I thought it was going to be lame but it wasn't. I loved that the main character was a guy.

What was one of the most memorable moments of Downward Dog?

He just kept blowing up his life and seemed to have a hard time learning from his mistakes. But he kept trying.

Which character – as performed by J. Paul Guimont – was your favorite?

The constant bad choices that keep leading down the same path.