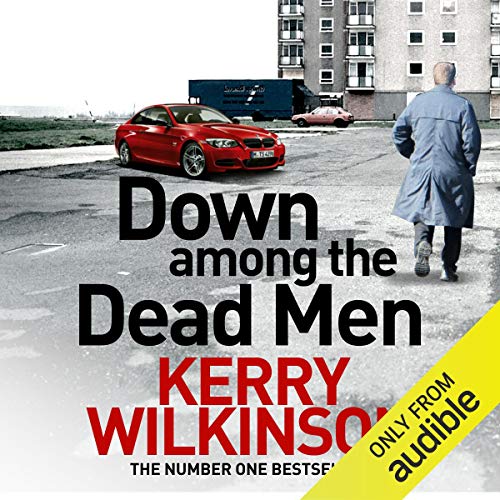 Down Among the Dead Men

By: Kerry Wilkinson
Narrated by: Joe Jameson
Try for $0.00

Down Among the Dead Men is a dark underworld thriller from best-selling crime writer Kerry Wilkinson.

'I'm going to do you a favour: I'm going to tell you my name, and then I'm going to give you 30 seconds to turn and run. If any of you are still here after those thirty seconds, then we're going to have a problem'.

Jason Green's life is changed for good after he is saved from a mugging by crime boss Harry Irwell. He is then drawn into Manchester's notorious underworld, where smash and grab is as normal as making a cup of tea. But Jason isn't a casual thug. He has a life plan that doesn't involve blowing his money on the usual trappings. That is until a woman walks into his life offering the one thing that money can't buy - salvation.

What listeners say about Down Among the Dead Men

So much promise early on, sadly unfulfilled.

Let me begin by saying that I had been looking forward to this latest offering by Wilkinson, having really enjoyed all of the Jessica Daniel series. This book started really well and I was loving it until nearly half way in. Up to that point, I felt it was a 5* read/listen. Unfortunately, the further it went, the more disatisfied I became. I realised that none of the characters had any real depth, including the main protagonist Jason. They were all superficially drawn and I couldn't feel strongly about any of them. Ultimately, it was simplistic and formulaic. The author was once asked in interview how he dealt with periods of writers block. He replied that simply wasn't an issue for him, since writing was his job and he treated it like a job, not getting involved with characters, but just writing a story during his working hours. In my opinion (despite many glowing reviews in Amazon), that really showed here. It had the requisite violence, some quite gruesome, but little that revealed any great attention on the part of the author. There was a particulary sloppy moment when a car was found to have been leaking diesel along the road. It was decided to dispose of the vehicle, so our boy lit a match, tossed it into the fuel and watched as it went up in flames. Since diesel has a much higher flash point than petrol, unless it was on a hot surface, it would not catch fire. There was no reason why the author could not have stated that it was petrol and this illustrates a real lack of attention by him. There was a twist at the end, but it wasn't particularly interesting. So many crime fiction authors write wonderful, rich characters (Elizabeth Haynes, Jane Casey, Robert Galbraith, Linwood Barclay, Harlan Coben etc), that I have no need of lazy fiction such as this. I will be wary of purchasing Wilkinson's books in the future.

Brilliant from word one

The action started immediately, and continued to the last word. Action packed and fast paced all the way through. A very believable performance from Joe Jameson. Most excellent book.