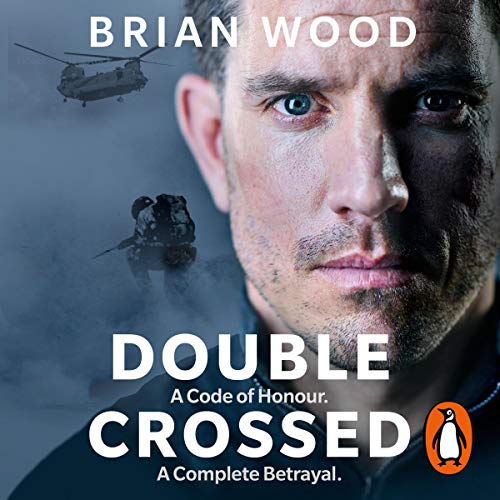 By: Brian Wood
Narrated by: Simon Darwen,Brian Wood
Free with a 30-day trial

At the age of 23, Brian Wood was thrust into the front line in Iraq, in the infamous Battle of Danny Boy. Ambushed, he led a charge across open ground with insurgents firing at just five soldiers. On his return, he was awarded the Military Cross.

But Brian's story had only just begun. Struggling to reintegrate into family life, he suffered from PTSD. Then, five years later, a letter arrived: it summoned him to testify at the Al-Sweady Inquiry into allegations of war crimes by British soldiers during the Iraq invasion of 2003.

After five years of public shame, Brian took the stand, and his powerful testimony led to full vindication. Phil Shiner, the lawyer who made the accusations, was struck off.

In this compelling memoir, Brian speaks powerfully and movingly about the three battles in his life, from being ambushed with no cover, to the mental battle to adjust at home, to being falsely accused of hideous war crimes. It’s a remarkable and dark curve that ends with his honour restored, but, as he says, it was too little, too late.

What listeners say about Double Crossed

Got through the whole book in one day.

Fabulous, exciting and engaging story of an incredibly brave, honest and surprisingly unguarded man’s story. I really enjoyed this book and look forward to the film/series that is rumoured to be in the works.

Shocking treatment of a soldier. A must read.

I can't believe I left it this long to read (listen to) the book. I had the honour of helping Brian and the Friends of the PWRR back in 2015 when they were preparing for their "Ride to Recovery". Little did I know back then what Brian had been through - and was still going through. The story starts when Brian is young, his childhood and then dives into his military career. I've not had any exposure to the military - and reading about his extreme experiences in combat is an eye opener. Several times it jumped out where equipment he was using had failed him. It's frustrating in civilian life when this happens - but in combat, when a gun or radio fails, puts a crashed office computer into perspective. His subsequent treatment at the hands of the UK Government and a very public enquiry after what should have been blindingly obvious false allegations is incredible. Having been subject first hand to false allegations and a close family member in Crown Court (unanimously found not guilty), I still fail to see how these are given the light of day with no actual evidence other than the word of a liar(s) when they are clearly fabricated. A riveting book. Thanks for sharing it Brian.

A brutal assault on the senses

An incredible insight into this mans life so far, I just couldn’t stop listening. Ive never felt such a range of emotions from one book. I can’t recommend it highly enough. What a hero and what a man. I hope this book has the success it so richly deserves. Well done mate!

Great listen and so inspiring to listen to the ways in which Brian approached difficult times throughout his career and life. Brilliant

Enjoyed the book which just confirmed my belief of how our service men and women are treated by the Governments they serve. Loyalty only works one way.

An amazing narrative of military leadership through one of the most toughest battles in Basra during Op Telic! it was soo good I listened twice. Jules

A true story of how the British government will hang thier soldiers to save thier own skin.

gripped from start to finish

Total respect for the Soldiers involved throughout this book and tour of Iraq. When Brian was being grilled by the lawyers it angered me to their line of questions and I couldn't imagine how he kept his composure.

Good first hand look at a soldiers outlook on Operations, combat and the effects of here say and greedy people that go looking to blame.

Captivating from start to finish

Kept it on play at every opportunity and found it to be a great insight into a world that I know nothing about. Unfortunately we only hear what is reported by the news outlet, so to hear these stories from a front line soldier is so insightful. But the treatment if not only Brian but all the soldiers that have been dragged through the courts with false allegations is a disgrace and many people should be held accountable loved the book and can say you won't be disappointed in adding it to your collection

Every single MP should be forced to listen to this as a pre qualification for sitting in Parliament. Gripping and honest account of service and also the disgraceful lack of support and protection for our armed forces. Only negative is the narrator grated on me a bit.