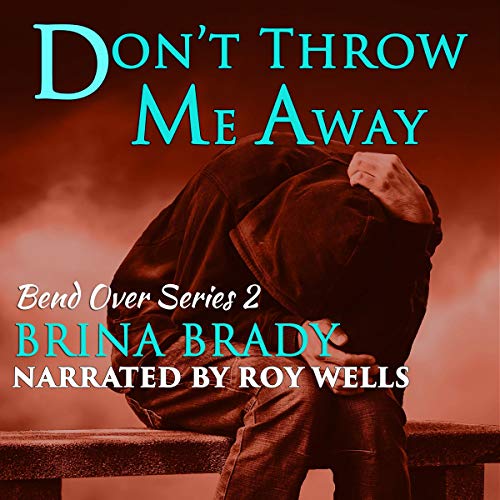 Don't Throw Me Away

Shane O’Rourke screws up. He has the best intentions, but doesn’t always think things through. He means well, really he does. Shane gives up his old habits of stealing, lying, and using drugs, but he isn’t the perfect sub. He has some slip-ups here and there. He loves his Dom, and desires to please him in every way. Shane is determined to be honest, but when he finds himself in a big mess, he would do anything to not disappoint his Dom. He fears losing Julien’s love and care. One mess leads Shane into another. And this one threatens more than just his contract.

Julien Callier needs to get Shane under control. When Julien thinks his sub has cheated on him, he doubts his ability to meet Shane's needs. Shane would be devastated if he lost his collar and Julien’s love. Shane’s sole purpose is to convince his Dom that he is worthy to wear his collar. Can their relationship and their love weather Shane’s mess-ups and Julien’s loss of trust in his sub?

What listeners say about Don't Throw Me Away

I loved this book. Roy Wells really brings this story to life and makes you love the characters even more. Shane has given up all his bad habits. He tries so hard to be a good sub to Julien. He makes a one mistake. Julien thinks Shane cheated on him after Rammy and Paco say Shane did. Julien takes Shane's collar and tears up their contract. Shane is devastated. He tries over and over to tell Julien he did make a mistake but he didn't cheat on him. All he wants to do is make Julien happy and proud of him. He will do anything to get his collar back. Can Julien and Shane find their way again?

I thought that I was blown away just reading this series I was sadly mistaken, hearing this series has made me fall in love with these characters even more.

We meet Shane and Julien again. However, young Shane doesn't seem to have got the hang of being a submissive, although he does keep trying but ends up over-thinking. Instead of just doing as he's told, It means he's always in trouble and punished.

Even with discipline, Julien doesn't seem to be able to get through to Shane. Although he loves Shane and will keep trying, he would love to collar Shane.

At least twice in this book, it made me cry, and I mean full-blown sobs. The character Shane, you can't help but fall in love with him and feel so sorry for him.

Seriously I'm not telling you anymore, you will have to read it for yourself. A great read, highly recommend.

Roy Wells reads at such a slow speed that even at 1.50 on Audible, I still felt it was too slow. Partway through, I increased the speed to 1.65, this was a lot easier to listen to (IMO).

Another brilliant book by this author can’t say enough. The narrator has an amazing voice and brilliantly narrated.

I had a sneaking feeling just from the title, that this was going to be one of those books that broke my heart and it was. Both of these men are trying so hard to give the other what he needs but they just can't get in sync. Shane tries so so hard and to see him continue to mess things up got to me. It would have been so easy to make Shane a one-dimensional character that you would get irritated with rather than feel sympathy for, but Brady completely avoids that. Roy Wells also makes Shane sound as young as he really is too and that helps immensely. Julien could have also been a hard sell for me as a character when he becomes so sure Shane has cheated and wants to give up on him. Fortunately, for both of them neither can let the other go and they have to try to learn to communicate honestly. I think hearing the performance by Roy Wells made this one even more emotional for me. His ability to make you feel what they characters are feeling with the tones of pain in his voice was amazing. This is my first book narrated by him but it won't be my last. Also looking forward to the rest of this series to see these two finally make it work.