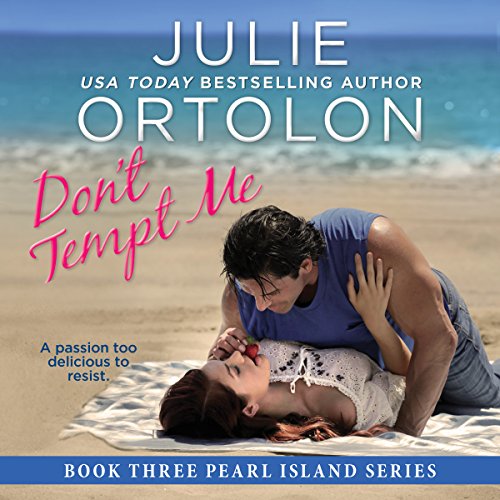 By: Julie Ortolon
Narrated by: Eva Kaminsky
Try for $0.00

When an irresistible man meets an independent woman, the chase is on.

Adrian St. Claire, the sexy chef at the Pearl Island B&B is as tempting as the dishes he serves. In fact, he's never had a woman tell him no - until his family needs help searching for a legendary heirloom on the sunken ship in the island's cove. To find the treasure they need the help of a woman whose family history is as linked as theirs to the island's romantic past.

As the owner of the Pirate's Pleasure, Jackie Taylor is far more interested in running her cruise ship along the Texas coast than chasing tales of lost booty, and even less interested in tangling with a man who collects female admirers just by walking down the street. On top of that, helping the St. Claires could dredge up secrets she'd like to remain buried.

Enticed by Jackie's resistance, Adrian soon has something more than treasure hunts and casual flirtation in mind...and he's not a man who takes no for an answer. But will they each have the courage to risk their hearts for the greatest treasure of all - falling in love?

What listeners say about Don't Tempt Me

The story had me feeling like I was there with them. Loved it. Can't wait to start #4.

If you live in Texas, this is a must read, if not, then you should read it for fun!