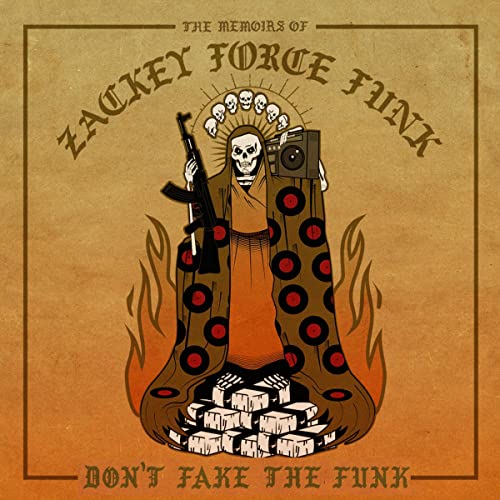 Do you know any four-time felons who’ve built groundbreaking rockets for SpaceX? You do now. His name is Zack Hose. During the day, the former career criminal is a respected structural specialist in aeronautics. Off the clock, unbeknownst to most coworkers, Hose is a modern funk music icon: Zackey Force Funk. The narrator of cholo-approved lowrider anthems, his helium-pitched croons and sensual whispers chronicle drug-fueled parties, romance, and recklessness. Gleaming synths and body rocking bass score every gritty detail.

Don’t Fake the Funk is an autobiography that moves at the same breakneck speed Zackey has lived his entire life. It begins under Arizona’s scorching sun, where he went from a thriving teenage drug dealer to surviving the most dangerous prisons, and ends by the breeze-kissed coastline of Long Beach, CA. The often illicit three and a half decades he covers are stranger and more terrifying than anything he has committed to wax, but they are also poignant, hilarious, and inspirational.

Somewhere between moving weight and becoming a father, Zackey had the spiritual awakening that led to both of his careers. Don’t Fake the Funk is a document of his radical transformation, a story of perseverance and positive thinking that will inspire anyone hoping to realize the impossible.

What listeners say about Don't Fake the Funk