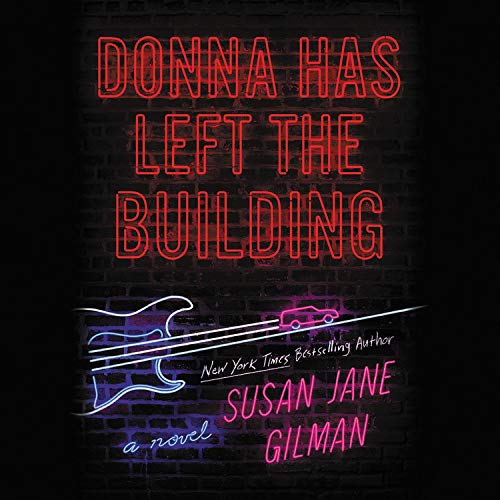 Donna Has Left the Building

From the beloved, New York Times best-selling author of Hypocrite in a Pouffy White Dress comes a hilarious, timely, and big-hearted new novel about rebuilding life in the face of disaster.

Forty-five-year-old Donna Koczynski is an ex-punk rocker, a recovering alcoholic, and the mother of two teenagers whose suburban existence detonates when she comes home early from a sales conference in Las Vegas to the surprise of a lifetime. As her world implodes, she sets off on an epic road trip to reclaim everything she believes she's sacrificed since her wild youth: Great friendship, passionate love, and her art. But as she careens across the US from Detroit to New York to Memphis to Nashville, nothing turns out as she imagines. Ultimately, she finds herself resurrected on the other side of the globe, on a remote island embroiled in a crisis far bigger than her own.

Irresistibly funny, whip-smart, and surprisingly moving, Donna Has Left the Building spins an unforgettable tale about what it means to be brave - and to truly love - in a tumultuous world.

"What I cherish about Susan Jane Gilman's writing is how light the touch is, and how deeply it cuts. Like the flawed heroine of this engrossing and incisive - politically, domestically, psychologically - story of an ordinary American life confronted by extraordinary need in the world beyond our borders, Gilman rises to a new level of urgency, empathy, pathos, and, simply, beauty, in her storytelling." (Boris Fishman, author of Don't Let My Baby Do Rodeo)

"Refreshing [and] surprising...A larger-than-life story about a woman who makes drastic decisions in an attempt to get back on track." (Kirkus Reviews)

"This big hearted novel is intimate and riveting and keeps the reader engrossed from beginning to end! It takes those classic stories usually told about men - the midlife crisis, the epic quest and turns them inside-out with a smart, edgy, woman at the helm who discovers a greater sense of purpose in the world. A love story in the greatest sense. Brilliant, scathing, powerful, insanely funny. Read it!" (April Sinclair, author of Coffee Will Make You Black)

What listeners say about Donna Has Left the Building

well I finished it

it was good but....it was the ending that ticked me off. all that time invested and listening to her drama, I really was looking for a better ending.

Been watching for something new from SJG and got this one instantly. I found it funny and touching with a heroine I’m going to miss hanging with. Narration is just right. Loved the book and look forward to the next one.

Not the worse book I’ve ever listened to. The story was interesting, holding steadily throughout. The narration was really good and the combination made it worth a credit.

I realize this is fiction, but good fiction requires an “illusion of reality,” which this story lacks.