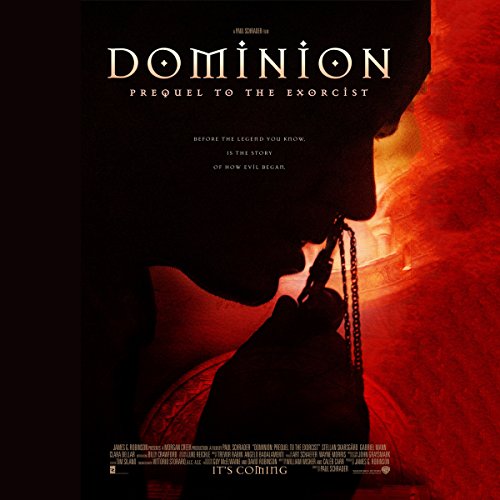 By: Morgan Creek Productions
Narrated by: full cast
Free with a 30-day trial

In Holland during World War II, Father Lankester Merrin is forced by a Nazi officer to choose 10 of his flock to be executed, and the resulting psychological trauma shakes his faith in God. After the war, Merrin, on a temporary sabbatical from the priesthood, becomes an archaeologist in British East Africa, where an anachronistic 5th-century Byzantine church is discovered. As the archaeological crew digs deeper, it becomes clear that the church was not intended as a house of worship but as a crypt to contain an unspeakable evil. But when a demonic spirit is unleashed, the tortured priest must overcome doubt and find renewed faith to perform his first exorcism.

What listeners say about Dominion

I was excited when I came across this. Audio drama is in a renaissance of sorts right now, and I thought it was great that Morgan Creek had done an audio drama adaptation of both this and of Exorcist: The Beginning. Unfortunately, I was ultimately disappointed. This is not an audio drama adaptation of the movie. It is actually just the soundtrack of the film minus the visual. There isn’t even any added vocal narration. Putting the soundtrack of a movie up on Audible and by omission leading people to think that it is something other than just the soundtrack of the film seems a very questionable way to make an extra few bucks. I will be returning this for a refund.