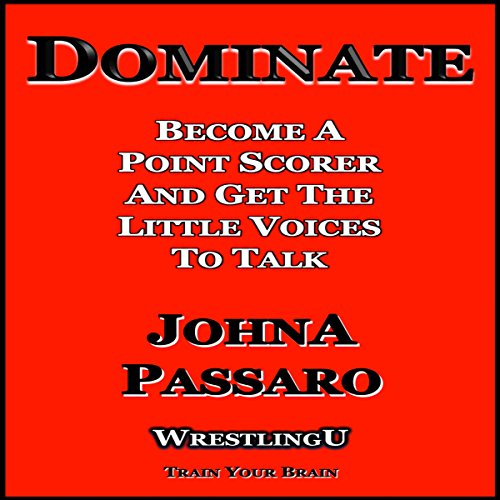 Dominate: Become a Point Scorer and Get the Little Voices to Talk

By: JohnA Passaro
Narrated by: Nicholas Wyatt
Try for $0.00

We have all seen the contest where a person is in a bank vault and has 360 seconds to grab as much money as possible.

Dominate: Become a Point Scorer and Get the Little Voices to Talk is part of the WrestlingU Series - Train Your Brain. A series dedicated to the wrestler who is looking to get to the next level. A wrestler who understands the value of training his mind along with his body.

Each book in the series tackles and breaks down a key aspect of the sport of high school and collegiate wrestling. Each book is specifically designed to be short in length and direct to the point, thus creating an easy listen. The series is not about piling on minutes of information on the topic; it is about presenting key aspects of the topic in a simplistic but powerful manner.

What listeners say about Dominate: Become a Point Scorer and Get the Little Voices to Talk