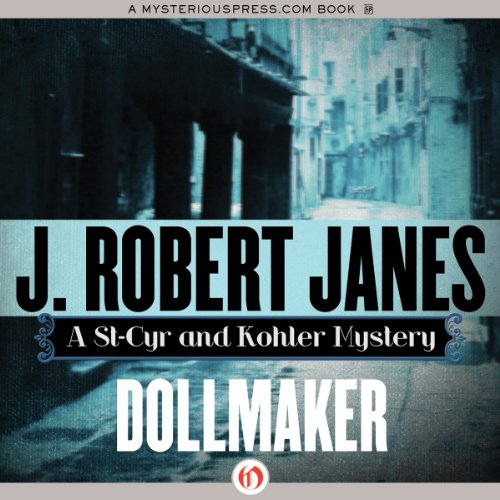 January 1943. The naval war in the North Atlantic is at its deadliest as a diminished Luftwaffe cannot defend the Brittany coast and its submarine stations from RAF bombers. Still, St-Cyr and Kohler continue to fight "common crime" under the Occupation.

A Breton shopkeeper has been murdered. The accused, a U-boat Kapitn, is a protégé of Admiral Doenitz and heir to a doll manufactory. Unwilling players in a tragedy driven by greed and revenge, St-Cyr and Kohler must also contend with a fiercely loyal submarine crew, all of whom refuse to put to sea without their beloved Dollmaker.

I have reviewed many in this series and I personally like the whole series. To me this is another fascinating mystery set in wartime France.

Our pair detectives have been sent by Admiral Doenitz to prove that a popular Submarine Captain is NOT guilty of murder of French merchant.

The Captain has a bizarre hobby - he makes dolls. And he goes on hikes into the countryside to find the right clay for the heads. A broken doll found at the murder scene implicates the captain although he insists that the clay was too cheap for one of his dolls.

Also he and crew have invested a lot of money in the Captain's doll making enterprise. But someone has stolen the money.

Soon our detectives get involved with émigré Pianist turned archaeologist, and his family who have a large doll collection.

In fact dolls are everywhere in this story and it is discovering the story behind the different kind of dolls that solves the mystery and eventually leads to the murderer and thief of the money.

As always the narrator is excellent although some may find his French accent hard to understand. After a little of listening you will find that it adds a lot to the narration.