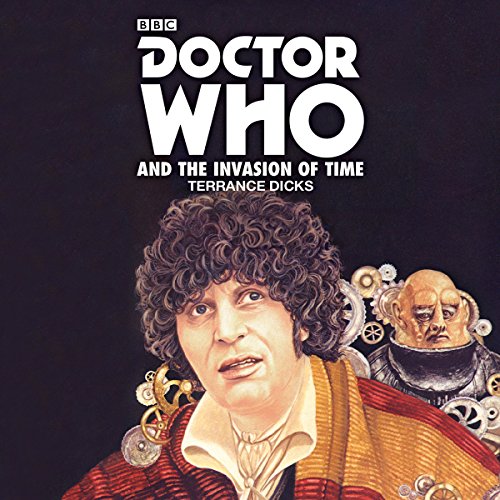 Doctor Who and the Invasion of Time

By: Terrance Dicks
Narrated by: John Leeson
Try for $0.00

John Leeson reads this exciting novelisation of a classic Fourth Doctor adventure, set on Gallifrey and featuring the Sontarans.

A traitor to the Time Lords?

Can the Doctor really be in league with the evil Vardans, spearheading a treacherous invasion of his home planet, Gallifrey? Or is he playing a deadly double game, saving the Time Lords by appearing to betray them? Not even his closest friends can tell.

Whilst the Doctor's companion Leela is cast into the wilderness of Outer Gallifrey, the Vardans themselves are mere pawns in a deadly tactical game. Soon the Doctor will face an old and deadly enemy as he battles to foil the invasion of Time.

John Leeson, the Voice of K9 in Doctor Who reads Terrance Dicks's novelisation of the original TV serial by David Agnew, first published by Target Books in 1979. Duration: 4 hours approx.

"BBC Audio's team gives these releases a hallmark of quality." ( Doctor Who Magazine)

What listeners say about Doctor Who and the Invasion of Time

Doctor Who And The The Invasion Of Time Review

I loved this audio book and I want more like these in the future.
By Orkneyislands