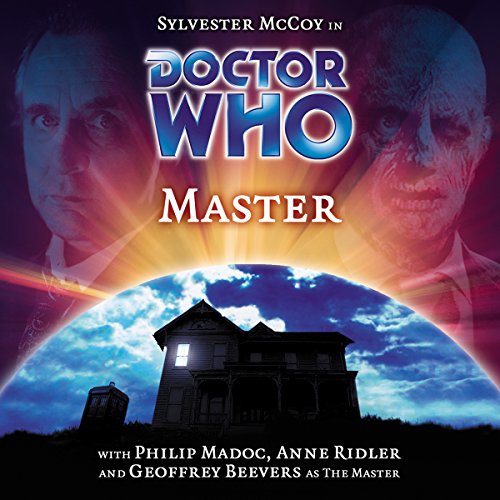 By: Joseph Lidster
Narrated by: Sylvester McCoy,Geoffrey Beevers
Try for $0.00

Many years ago, on a dark and stormy night, the disfigured and enigmatic Dr John Smith invited his closest friends, Inspector Victor Schaeffer and his wife, Jacqueline, to a dinner to celebrate his birthday. A few hours later all the occupants in that house had been changed ­some were dead, others mentally scarred forever by the events of that night.

So, what happened to the distinguished dinner guests on that evening? Perhaps we'll never know. But two clues have led to much speculation ­ found outside the study window, a charred umbrella with a curved red handle; and found inside the house, a blood-stained copy of Stevenson's The Strange Case of Dr Jekyll and Mr Hyde.

Written by Joseph Lidster and directed by Gary Russell.

What listeners say about Doctor Who - Master

A great listen. I love Sylvester McCoy's doctor narrating this and the tale of the master and Doctor as children with torvic is a good one

A Dark , twisted examination of friendship

This is a classic story, written originally as part of the 40th anniversary celebrations with two other Villain stories that examine the origins and motivations of these creatures in very different ways.

This story examines how The Master became the killer he is . It does so through the artifice of presenting him to us as an amnesiac in a small town , who , through his good works , has earned the respect and friendship of its inhabitants

The story starts at a celebration and slowly the mood darkens

I am not 100% happy with the supernatural aspects of this story and less than happy with the implications it has for the character of the doctor. However, it is still an excellent piece and Geoffrey Beevers and Philip Madoc give flawless performances while every one is never less than very good .

Highly recommended to fans of the classic series of Doctor Who. ,