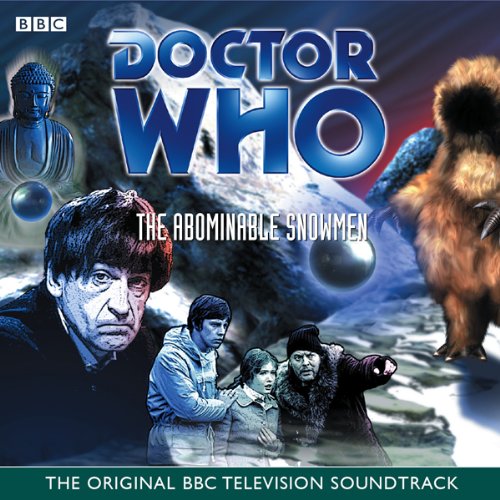 Patrick Troughton stars as the second Doctor in this six-episode classic adventure from 1967, which sees his first ever encounter with the deadly Yeti!

Tibet, 1935: English explorer Travers is determined to track down the mythical Abominable Snowmen which are said to roam the Himalayas. When the Doctor and his companions visit the nearby Detsen monastery they discover that the Yeti are all-too prominent. In fact, they are out to kill anyone who comes near. With Travers' help the travellers discover that the monastery is in the grip of the evil Great Intelligence, a disembodied force which has taken control of the High Lama, and the robotic Yeti are merely its deadly servants.

Frazer Hines, who also played Jamie in the story, provides linking narration in this chilling tale from 1967, only one episode of which survives in the television archives. Deborah Watling plays Victoria whilst Jack Watling, as Professor Travers, would later make a return appearance in The Web Of Fear.

Of course another fun episode of Dr. Who. Great over narration by Frazier Hines adds to the story.

I’ve waited for literally decades to enjoy this classic story. It’s as fantastic as I’ve heard. The fact that Frazier Hines narrates it is icing on the cake! I love this!