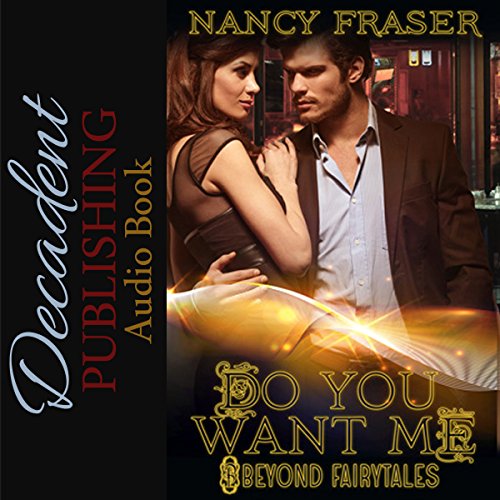 Do You Want Me

Beyond Fairytales
By: Nancy Fraser
Narrated by: TG Burns
Length: 2 hrs and 35 mins
Categories: Romance, Contemporary
5.0 out of 5 stars 5.0 (2 ratings)

Do You Want Me

By: Nancy Fraser
Narrated by: TG Burns
Free with a 30-day trial

Decorated war hero Reece Michaels agrees to go undercover in order to bring down the Irish Mob. In return, the civilian life he's coveted for the past six years will be returned to him.

Hired by mob boss Sean O'Malley to protect his youngest son, Reece soon discovers the young man needs more protection from his own family than its enemies.

Reece doesn't count on an instant attraction to the police chief's beautiful and willing daughter. Abby Mackenzie is the younger sister of a woman with whom Reece once had a torrid affair. He's determined to not give in to Abby's come-hither ways. After all, one Mackenzie woman was more than enough.

What listeners say about Do You Want Me