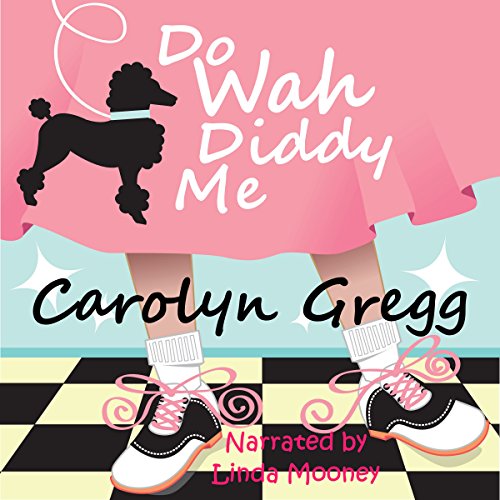 Do Wah Diddy Me

By: Carolyn Gregg
Narrated by: Linda Mooney
Try for $0.00

It all began when she found the silver charm bracelet.

As a realtor, Geraldine "Geri" Jones has been trying for years to get the property off her hands. Back in the '50s, it had been called Mabelling's, one of the first drive-in soda and burger joints in the state. But after a calamity destroyed the place and took many lives, the remaining structure had fallen into ruin.

It was while showing the location to a prospective buyer that she finds the bracelet buried between the cracks in the blackened floor tiles. What she doesn't expect is for the bracelet to transport her back to 1959, back to the diner when it was in its heyday. There she meets Roddy "Hot Rod" Carvelle, with his tight jeans, tighter white T-shirt, and slicked-back hair. A man 12 years her junior who gives her the thrill of her life in the backseat of his baby blue Bel Air.

But the anniversary of the catastrophe that destroyed Mabelling's is fast approaching, and Geri is determined to save Roddy from his final destiny. What she doesn't realize is that she and Rodney could become two more victims of the disastrous event.

What listeners say about Do Wah Diddy Me

Highly recommend very funny and super hot. if you like sex and time travel you will like this book.