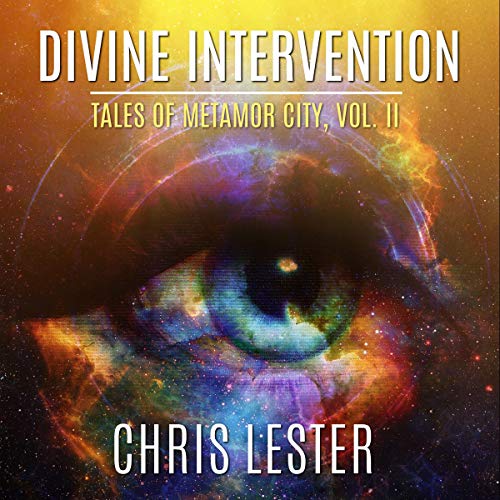 When the Gods walk the Earth, the whole world feels their footsteps...

For countless centuries, the Gods of Heaven and the Gods of Shadow struggled for control over the hearts and minds of the mortal races. They inspired religions, started wars, sponsored rulers, and even traveled to the material plane to sire children. A treaty between them set the limits of their interference in mortal affairs, and the enchanted castle of Metamor Keep was their accorded neutral ground.

Thirteen hundred years ago, the treaty was shattered. Lord Kammoloth, the King of Heaven, had fathered the Starchild, Merai hin'Dana: a half-mortal girl with the power to steal the divine essence of the gods themselves. But rather than fulfill her prophesied destiny and destroy the Gods of Shadow, Merai rejected both sides of the Pantheon, stealing their power and casting them to earth. To ensure that this power would never be abused, Merai then gave it to Lady Kyia, the spirit of Metamor Keep, to protect the mortal inhabitants she was sworn to serve.

Today, Metamor has become a huge and prosperous city, and Kyia rules a vast empire with wisdom and justice. But the gods still walk the earth, pursuing their own agendas, wooing and manipulating mortals to serve their own ends. These are their stories.

This volume also contains the original foreword "Screw Destiny: Faith and Fate in the World of Metamor," and 14 new flash-fiction pieces.

What listeners say about Divine Intervention

This was a flat-out fantastic book. There is so much depth in Metamor City, that one could easily get lost in all the stories there are to tell. Lester has done something masterful here, telling stories regarding the gods who walk among the people. Amid full-length short stories with people and deities, he also included 100-word drabbles about each of the gods individually. It really explores the nature of all the gods without being full of infodumps.

Honestly, with all the Metamor books I've read, I only have one real complaint: they have to end. I want more!

I really enjoyed the stories. The world of metamor city is one I can get lost in and enjoy the adventure. Chris Lester, please make an Audible version of Making The Cut and The Lost and the Least. I will buy them in a heartbeat.

A more in-depth review is forth coming. I loved these stories and The world of Metamor City is a wonder.