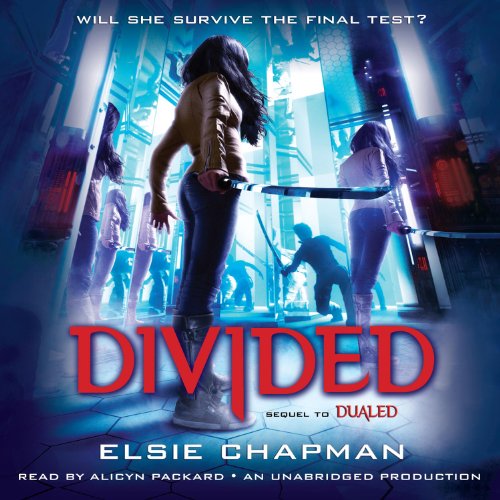 By: Elsie Chapman
Narrated by: Alicyn Packard
Try for $0.00

The hunter becomes the hunted...

West Grayer is done killing. She defeated her Alternate, a twin raised by another family, and proved she’s worthy of a future. She’s ready to move on with her life.

The Board has other plans. They want her to kill one last time, and offer her a deal worth killing for. But when West recognizes her target as a ghost from her past, she realizes she’s in over her head. The Board is lying, and West will have to uncover the truth of the past to secure her future.

How far will the Board go to keep their secrets safe? And how far will West go to save those she loves? With nonstop action and surprising twists, Elsie Chapman’s intoxicating sequel to Dualed reveals everything.

What listeners say about Divided

Overall good story. A few holes. I liked the reader. Violent idea leads to a lot more violence than I am comfortable with. Engaging story though that gets you caught up in it. Some obvious plot lines that are frustrating though.