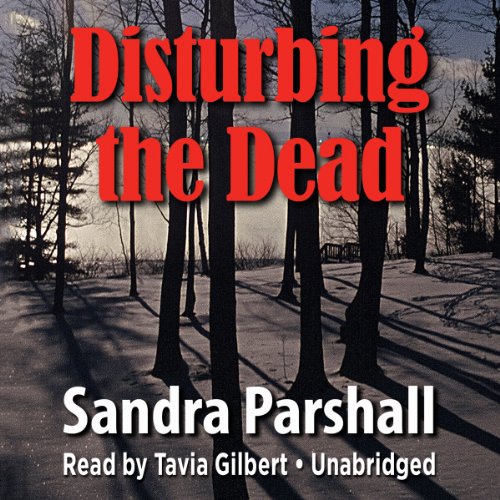 By: Sandra Parshall
Narrated by: Tavia Gilbert
Try for $0.00

Tom Bridger, who is half Melungeon, thought he had escaped his mountain community's lingering prejudice against the mixed-race group when he left to work for the Richmond, Virginia, Police Department. Tom was moving up the detective ranks when a family tragedy brought him back home and moved him into his father's job as a county sheriff's deputy.

Now the bones of a Melungeon woman who disappeared 10 years ago have surfaced on a remote mountaintop, and all evidence points to murder. Violence escalates as the victim's poor family and the wealthy white family she married into scramble to protect their secrets from Tom's probing. But as he looks into his father's investigation of the case, he finds his father was not the man he idolized.

The woman Tom is falling in love with, veterinarian Rachel Goddard, is struggling to start over in a place that holds no memories for her. Rachel puts herself in danger when she befriends Holly, niece of the dead Melungeon woman. As a child, the girl witnessed something that could implicate her aunt's killer, but she is too terrified to tell anyone what she knows. While Rachel is determined to keep Holly safe and help her piece together past events, the guilty are equally determined to silence the girl - and Rachel, too, if necessary.

Will this murder be Tom's and Rachel's undoing, or will it free them to look into the future?

What listeners say about Disturbing the Dead

Rachel Goddard is a veterinarian who has left hectic Northern Virginia after some sort of tragedy (that is not fully spelled out in this book--which is the second in the series). She has relocated herself to rural Virginia where she has opened a veterinary clinic and is trying to rebuild her life. While it is good that the author did not reveal too much about the first book (so as not to spoil it for people who want to go back and read it next)--listening to this one, out of sequence, was only because the first is not available on Audible (don't know why, hope it will be soon).

However, this book works well as a stand-alone. I didn't understand what had taken place before, but it did not get in the way of feeling that this is quite good as it is. It involves a case in which the bones of a Melungeon woman (a mixed race culture that has been in the Virginia/North Carolina area for a very long time) are discovered on a mountain, which re-opens an old cold case. For Deputy Tom Bridger, this is very personal, because his now-deceased father had worked this case before his death. So he feels very invested in solving it.

However, he must find a way to manage age-old racist attitudes towards the Melungeons--which is partly his own heritage--and the suspicion they have of the whites who have always looked down upon them in order to find the killer. As he begins his investigation, he discovers Holly, the young niece of the murdered woman, living in fear--though he isn't totally certain why--and tries to help her escape her situation by bringing her to work in Rachel's animal clinic, and also live with her.

I think the whole book is really quite good. The part about the Melungeons is fascinating--I have known about them for most of my life, and found the mysteries about their background and heritage fascinating. I think that is what attracted me to this book in the first place. However, there were parts that were sort of a stretch for me in the story. While it was necessary for Holly to live with Rachel for the whole thing to play out, it was quite challenging to imagine that Rachel would have been so protective of this young woman when she, herself, appears to have been dealing with her own fears from what happened in the previous book.

However, that aside, the story works well, the characters are vividly portrayed, the development and details of the area and people very interesting. I recommend this as a very good read--and look forward to finding more books by Sandra Parshall. I also liked the narration performed by Tavia Gilbert.

Not as believable as 1st in series

Would you listen to Disturbing the Dead again? Why?

Probably not. I enjoy series as you get to know the characters more and more with each book. I enjoyed this book but the police and other characters jumped from theory to theory with each new piece of evidence. The police were too quick to believe seemingly to own a theory then try to prove themselves right. The sheriff came across as an out of touch incompetent who was over the hill and kept trying to sweep things under the rug. It made it appear he knew more and wanted to prevent the truth from coming out. In addition he condoned a drug ring in his jurisdiction because he felt worse people would take over the drug trade if he took action.

If you’ve listened to books by Sandra Parshall before, how does this one compare?

1st in series was more believable and riveting.

Which character – as performed by Tavia Gilbert – was your favorite?

Holly. She is a bright, naive, immature and undereducated young woman with a great sense of responsibility to her grandmother yet desire to be more independent.

Best for those following the series

I like this series but I think it would not be a great listen if you weren't already familiar with the characters' backgrounds. Also there were a lot of characters and I should have made a family tree at the beginning to keep the names and relationships straight. This is my least liked book of the series.

No just no. Everyone is so messed up it’s hard to believe they’re sane enough to grocery shop let alone come up with plot.

Rachel Goddard is from the first book written by this author. I am curious as to why this considered the second book in a series. The only character in common is Rachel. She is in a different community and has a totally different group of acquaintances. There is minimal reference or relationship between the first book and this one. Instead of being referred to as a series, perhaps it is better advertised as another story featuring Rachel. This story is very interesting. The mystery surrounding the dead women is intriguing. However, there are too many characters in the story...including the names of the various pets and assorted animals. It was hard to know who was a sister or daughter. Confusing as to who fathered what child and with which sister. There are several stories running through the book. Budding romance between Rachel and Tom and another between Holly and Brendan are two. The underlying story about the death of Tom's relatives which resulted in him having sole custody of his nephew. The criminal who is out to get Rachel. Unresolved issues between Rachel and Luke and the terse relationship between Rachel and her sister. These must be fodder for the other books in the "series". I will get those because l like the narrator. She does great voice characterizations, which is admirable when there are so many characters.

Confused as to why this is a series

This audiobook kept me entertained for a few hours, but I'm not convinced it was time well spent when there are so many other better books I could have been listening too.

Would you recommend Disturbing the Dead to your friends? Why or why not?

No. I felt this was a pretty below standard mystery. Trite and predictable.

Despite the first book in the series being somewhat on the soapy side in places, I enjoyed the underlying psychological drama of the truth about Rachel's past. I had wondered where the story would go, but was interested to see it developed. I remain confused by the fact that this book is part of the same series. There was no development of the previous story at all. A couple of characters were in the last book, that's it. It feels as though there is a big chunk of story missing and a huge disconnect between that book and this one. Add to the fact that this story was implausible, soapy and below standard anyway, I wont be following this character any further.

While I was sympathetic to Rachel's character - who doesn't love a dedicated veterinarian - I thought the plot was too unbelievable. No one person can have that much bad luck!

Too many characters, complicated plot

Where does Disturbing the Dead rank among all the audiobooks you’ve listened to so far?

This mystery contained far too many characters to keep up with. Would have needed a family tree diagram to keep them all straight. The book narrator was very good though.

This is the second in the series . . . and veterinarian, Rachel Goddard is busy running her animal hospital in Virginia . . . in a new place where nobody knows her, where she hopes she can be safe . . . and Tom Bridger, Deputy Sheriff, has moved back home, leaving a job he loved in the city . . . and a fiancee . . . following the tragic death of his parents and brother . . . to live at the family home . . . and then Tom finds the bones . . . the bones of a Melungeon woman who went missing 10 years earlier . . . a case that Tom's father, then sheriff, had worked doggedly on, but never solved . . . Tom's part Melungeon, too . . . as was his dad . . . looked down on by the rural folks of Virginia where they live . . . and now Rachel has hired the niece of the dead woman to work in the animal hospital . . . a sweet, young teenager, who wants to escape the drug-dealing, underhanded ways of her family . . . putting herself and Rachel in danger . . . but who does the bones of the second woman belong to? This is a great mystery series, with twists and turns, the evil and prejudices of country mountain folk, greed and untold horror . . . and a spark of goodness and right, that prevails.

Nothing. I don't understand how someone can write such a good first book, and then follow it up with this. It starts out with the main character from the first book relocated to a new town because of the terrifying things that happened sometime in the past two years, but it's not made clear what these things were. I actually thought I had skipped a book in the series, and kept going online to see which one I missed. It's a bit of a mess, and the Narrator truly turned all the people into cartoon characters. I think a narrator should have to audition for regional accents before they record a book.

Not sure. I really liked this authors' first book, and thought I had found a new series to enjoy on my long drives. I'm wondering if the first was a fluke, and this represents her actual talent.

Cartoonish and waaayyyy too over- dramatic.