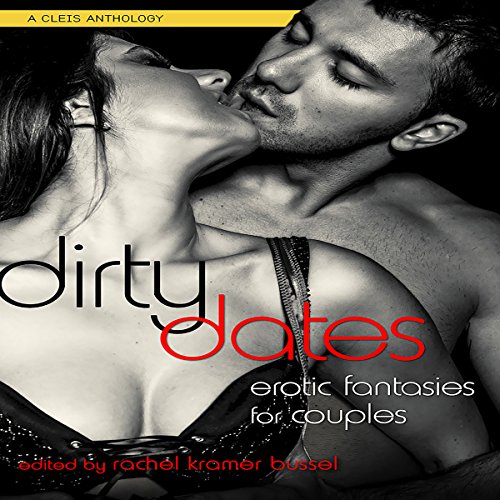 By: Rachel Kramer Bussel
Narrated by: Rose Caraway
Try for $0.00

What listeners say about Dirty Dates

Shared with my wife!

This was a great book. Wife and I listened on our last road trip. Made for some fun hotel romps. Good reading, good stories. We had a great time.

Where does Dirty Dates rank among all the audiobooks you’ve listened to so far?

High up there. It was not what I was expecting, in a good way. These were sexy adventures that made me want to have my husband listen with me. He is not as into erotica as I am but even he found them hot, which is high praise.

What was one of the most memorable moments of Dirty Dates?

The Corset because I have worn corsets before, though not quite like this story.

The one in The Corset, because it sounded like a real couple.

I listened to it a few stories at a time, they were steamy enough that a few were all I needed to get me going.

Would you consider the audio edition of Dirty Dates to be better than the print version?

I'll be honest and say some of these stories pushed my buttons, but those were the ones that turned me on the most. These stories are kinky and intriguing and were great to listen to with my boyfriend. I don't know if we'd want to actually follow in their footsteps but hearing them got me excited.

I liked that these stories had elements of bondage and spanking as well as other forms of power dynamics and that there were men and women subs and doms.

If you could sum up Dirty Dates in three words, what would they be?

I liked that all the stories had couples in them. It made it feel a little safer to listen to than just strangers doing some of the things they were doing.

Sean, the narrator of Well Lit - he was a super hot dom, sometimes patient, sometimes demanding, but when he gave Talia those orgasms, I knew she'd earned them. This is one I've listened to over and over.

The hairbrush spanking in the soundproof room one. It totally turned me on thinking of her making all that noise and him being the only one who could hear.

These stories were just plain hot.

We enjoyed this very much

I'm a fan of Rose Caraway's podcast and I think I've purchased almost all of her audio books and I'm never disappointed. My wife and I had a great time listening to this on our road trip.
Great mix of stories and situations. Very sexy.

not about dirty dates

this book is not about dirty dates but about inflicting pain on your lover. many of these stories aren't even about dates.

I found the narrator's voice to be a bit annoying and rather unsexy so it kind of made the story line fall flat. Just saying.