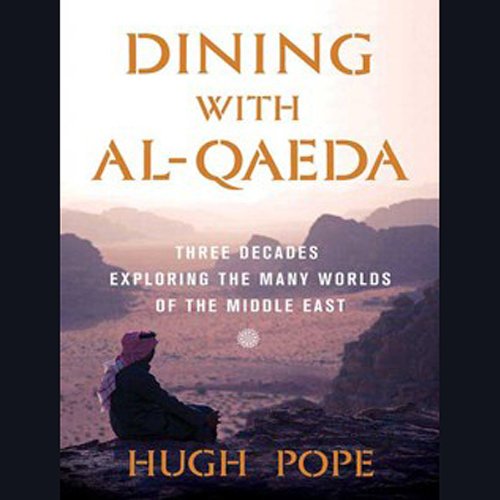 An Oxford-educated scholar of the Middle East and a former foreign correspondent for the Wall Street Journal, Hugh Pope lived and worked in two dozen countries throughout the region. Following in the footsteps of Sir Richard Burton and Lawrence of Arabia, Hugh Pope's explorations of the people, politics, religion, and culture of Islamic nations shows there is no such thing as a monolithic "Muslim World".

His probing and often perilous journeys - at one point he is forced to quote Koranic verse to argue against his being murdered by a top al-Qaeda leader - provide an eye-opening look at diverse societies often misportrayed by superficial reporting and "why they hate us" politics.

With U.S. foreign policy under President Obama aiming to engage more constructively with Muslim nations, this lyrical and often poetic voyage is one of the truly important books of our times.

“An enjoyable chronicle of a rich life's work.” ( Kirkus)
"His criticisms of the invasion and of Israel may grate some readers, but those interested in the interpersonal rather than the international will enjoy Pope’s bold curiosity in meeting people all over the Middle East." ( Booklist)

What listeners say about Dining with al-Qaeda

The subtitle "Exploring Three Decades...of the Middle East" is misleading in the way it suggests a thoughtful, insightful and analytical chronology of events during this incredible period of Middle Eastern history. Instead, this book is a montage of the author's impressions of this region while he was a foreign news correspondent and mirrors many of the things we already know - the violence, the emerging radicalness of Islam, the treatment of women - and also reflects idiosyncrasies of the author that concern me little - his obsession with writing articles that make the front page of the WSJ and of the lack of veracity of many foreign correspondents' reporting of events, his anti-Isael views, etc. Maddeningly, he frequently digresses during his discourses, going back and forth in time, and this it makes it very difficult to gain a better appreciation of the interconnectedness and progression of events during these thirty years. On the bright side, the narration is very good. In summary, those seeking a smattering of impressions of the Middle East from an English born and boarding school educated foreign news correspondent might find this book entertaining. For those of seeking to better understand the history and events of this period, the book is a disappointment.