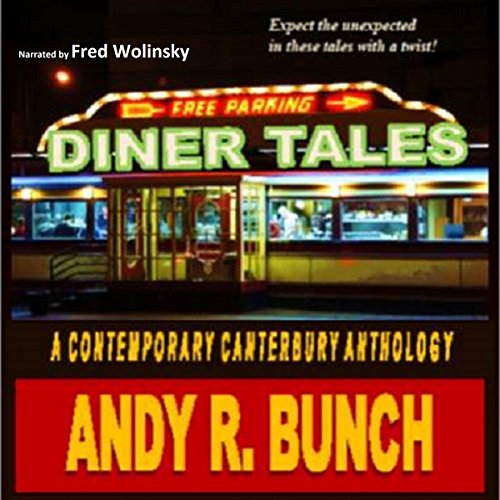 Published in Middle English near the end of the 14th century, The Canterbury Tales by Geoffrey Chaucer, became an important part of literature and history because it captured the people and the stories of an era. Author Andy R. Bunch has compiled a modern equivalent of his own tales. Like the original, this is an opus and destined to meld with the fabric of history and literature.

What a cool retelling of some of my favorite classic literature. Way to spice up the old tales with modern twists. This could be a wonderful supplement for teens reading the Canterbury Tales for school. Might make some of those Old English themes make more sense.

I listened to the audio book narrated by Fred Wolinsky, who a new voice to me. I loved his pace and the slight rasp to his voice. At times there is a bit of a sloppy feel to his read, the only way I can describe it is an abundance of saliva. He tends to hit a few consonants a little too hard. Overall it was an enjoyable read even with the other issues. I would be interested to see how he progresses and grows with more reads under his mic.