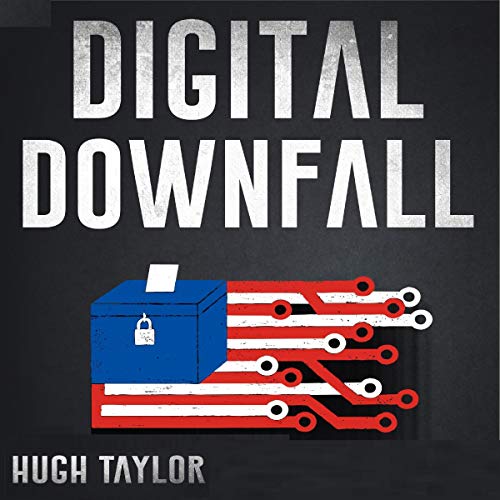 By: Hugh Taylor
Narrated by: Robbie Smith
Try for $0.00

Is America on the brink of civil war?

Could foreign cyber plots turn Americans against one another and cause a disastrous domestic conflict?

What would happen if the lights went out and the technology we rely upon to run American life is no longer available?

The present dangers are real. The US is more vulnerable to destructive foreign interference today than it has been in over a century. As Russia and China realize they can’t win shooting wars against the US, they have devised new and cunning ways to destabilize American politics and cripple the US economy.

Cyber meddling in elections, disinformation campaigns, abuse of social media to widen racial and political divides, and the theft of military data are just some of the malicious acts threatening the Republic. Digital Downfall examines the potential effects of such attacks, with a look at:

The dangers posed by external sources can only be real when the internal politics of the United States is in a fragile state. The past four years bear testimony to this political decline as does every passing day of the Trump presidency.

The perfect storm of external interference, a rampant and deadly pandemic, and a culture of racism that will no longer be tolerated is upon us.

Who knows where it will lead to, or what will be left at the end...

What listeners say about Digital Downfall