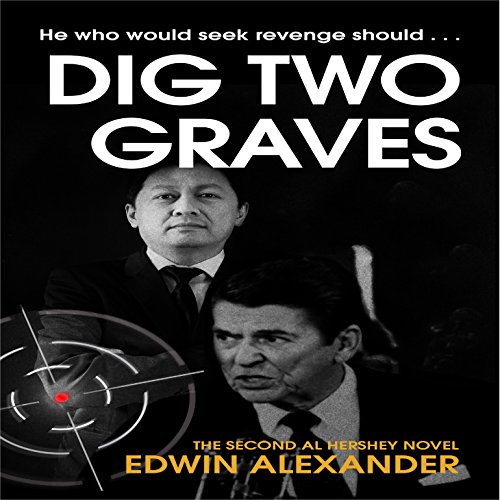 Dig Two Graves was inspired by the extraordinary courage of Lieutenant Terence Edward Waters, GC (posthumous), the West Yorkshire Regiment, during the Korean War. Badly injured and a POW, Waters ordered his men to join the North Korean 'Peace Fighters' in return for decent treatment but, refusing to do so himself, died of malnutrition, hypothermia, and gangrene.

The fictional story, relocated to the Vietnam War, opens many years after the Lieutenant's death, with the publication of a photograph of the POW Camp Commandant responsible, now a US citizen and successful businessman named Donald Quang. Hershey is commissioned by a fellow Vietnam veteran to carry out a 'routine check' into Quang's background, ostensibly for business reasons. Complications multiply quickly as it emerges that the Lieutenant's senior NCO, who survived the camp, is already on his way to the US, hell-bent on revenge and that both the CIA and the KGB have an interest in Quang.