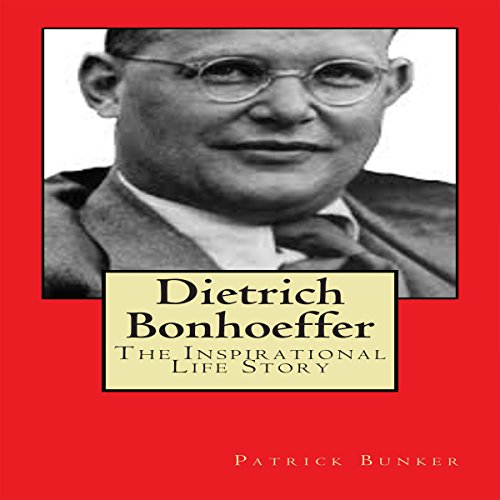 By: Patrick Bunker
Narrated by: J.R. Collins
Free with a 30-day trial

Most everyone knows something about the horrific events of World War II. In particular, Nazi Germany's role in the war was one of magnified terror, with Adolf Hitler at the epicenter. We are familiar with his hatred of the Jewish people and his need for control and power. We are also aware of his manipulative prowess, enabled by his charismatic disposition and Germany's need for a great leader. There was a man, however, who saw through Hitler's facade almost immediately, warning the people of Germany that this man should not be trusted, even if he was charming and well-spoken. Dietrich Bonhoeffer, a brilliant theologian, pastor, writer, and peace activist, is perhaps most well-known for challenging the Nazi movement, and particularly, Hitler himself.

What listeners say about Dietrich Bonhoeffer: The Inspirational Life Story

this was awful. Do not buy.

This is awful. Do not spend your money. It is like having a robot read to you.