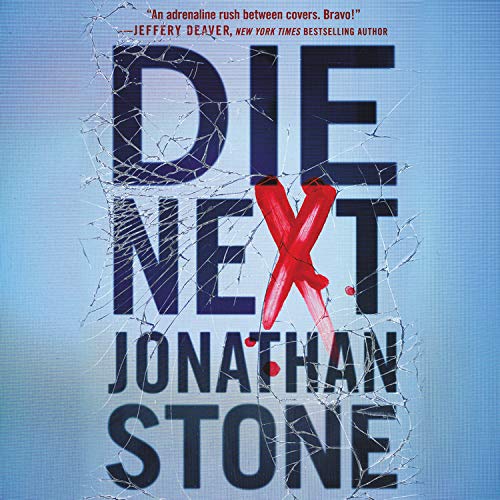 By: Jonathan Stone
Narrated by: Angelo Di Loreto
Try for $0.00

From best-selling author Jonathan Stone comes a pulse-pounding thriller for the digital age that will make you question everything that you have ever saved on your phone.

In a crowded coffee shop, Zack Yellin swaps identical-looking cell phones with the businessman next to him. It's an honest mistake - and a deadly one. Because the "businessman" is actually a professional - and highly volatile - hit man named Joey Richter, and his phone is filled with bombshell evidence.

If Zack takes Joey's phone to the police, will they believe his swapped cell phone story? Would they even be able to protect him? Because the hit man now has Zack's phone with the phone numbers and addresses of Zack's new girlfriend Emily, his best friend Steve, and all the texts and information from Zack's life.

Whether he keeps the phone or ditches it, Joey will kill him for what he now knows. In cat-and-mouse twists, turns, and continually mounting terror, one thing is clear: Zack is next on the hit man's list.

What listeners say about Die Next

I loved Jonathan Stone’s Moving Day. Not so much The Teller. This book falls somewhere in the middle.
This is a good story however it’s missing believability. Here’s the short summary:
Man goes into a coffee shop. He sees another man with an identical cellphone and watches him put his passcode in. Their phones get switched and since our hero knows it, he calls his own phone. The two set up a meeting and he gives the guy his passcode incase he needs to call him. - WTF!!!! Turns out the guy is a hit man who now wants to kill him because he saw pics of murdered people on his phone. To make a long story short he ends up helping the guy out. He’s a little slow, on the autism spectrum and has no one to turn to when he thinks his boss might want him dead.
Despite the lackluster plot the story is fast paced and mildly entertaining.
Angelo De Lorento did a very nice job narrating.
If you found this review helpful please indicate so.
Thank You.

Very quick and Full of turns

This one is very fast pace and won’t let you go. It doesn’t take long for this one to pick up and each chapter is filled with line after line of roller coaster fun. The plot is great and it twists and turns keeping you guessing all the way through. Personally, I think there was little character development but that’s OK with this type of book as you were more focussed on the fast pace plot. You will have to break away from reality add points as this reads like a blockbuster movie but overall I really really enjoyed this book. The narration was very well done and this person had a perfect voice for this book. Varying pitch and voices really add something to the book. At times the voice was creepy when it was meant to be and other times very young and full of spunk. I could not put this one down and I very much enjoyed myself.