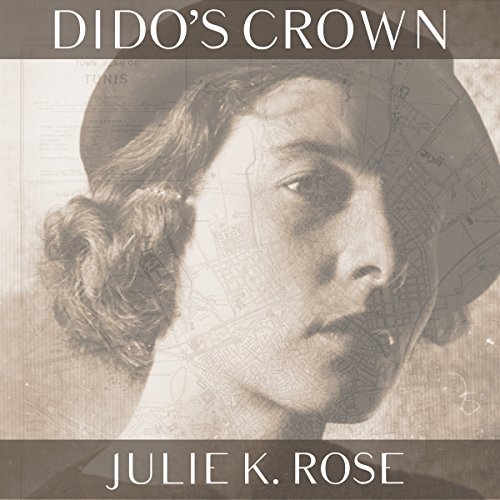 By: Julie K. Rose
Narrated by: Virginia Ferguson
Try for $0.00

Set in Tunisia and France in 1935, Dido's Crown is a taut adventure influenced by Indiana Jones, The Thin Man, and John le Carre.

Mary Wilson MacPherson has always been adept at putting the past behind her: her father's death, her sister's disappearance, and her complicated relationships with childhood friends Tom and Will.

But that changes when, traveling to North Africa on business for her husband, Mary meets a handsome and mysterious French-Tunisian businessman who holds a package her husband has purchased - a package which has drawn the interest not only of Britain's Secret Intelligence Service, but the Nazis as well.

When Tom and Will arrive in North Africa, Mary finds herself on a race across Tunisia, to southern France, and across the Mediterranean, in search of the package. Mary has become embroiled in a mystery that could threaten not only Britain's security in the dangerous political landscape of 1935, but her beliefs about her past and the security of her own future.

What listeners say about Dido's Crown

What did you love best about Dido's Crown?

The historic elements. I didn't know very much about Tunisia. Loved the narration!

Yes, hard to put down.

Have you listened to any of Virginia Ferguson’s other performances before? How does this one compare?

No, but I will listen to her again! Very talented!

Yes, but I treasured doling it out.

Would you consider the audio edition of Dido's Crown to be better than the print version?

Loved the twists and turns in this thriller set between the great wars. The romance wasn't bad either, as good as Daniel Silva. Perfect narrator for the story.

Unbelievably monotonous narrator and slow, slow plot. Not even the recovery of Dido's crown could tempt me more than 15 minutes. Don't believe a 5 score from other readers. I'm beginning to think these votes come from friends and cousins of writer.