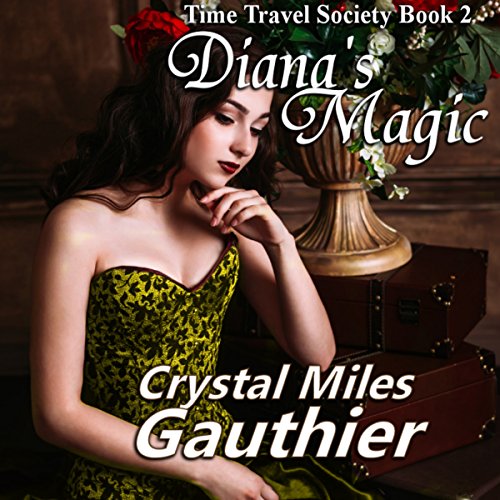 "Diana Elizabeth, you are a very powerful sorceress, it is true. And you may not ever need to know these things. However, there may come a time in your life when knowledge of this backwards way of doing things could come in handy, when your powers are diminished and you cannot perform to your full ability."

"Aunt, when would that possibly ever happen to me?"

"Diana, it could happen any time a demon is near or a follower has attached itself to you."

Being one of the most powerful sorceresses in the world is a challenge for 16-year-old Diana. Still haunted by the evil forces who kidnapped her in infancy, she is taught to fight those who want to steal from her everything she loves.

One night, during what was supposed to be a teenager's rebellious night out, she encounters a sight that rocks her to her knees. Diana runs away angry, veering off the normal path, and a small accident leaves her unconscious.

When she wakes, she finds herself in a strange new place. Everyone seems to be joyful and content in this place called Shae'lan. What awaits Diana in this happy place will not only leave her wanting more, it will also have her questioning her life's decisions.

Two men will determine Diana's fate. One is evil, one is good. Both will be factors in determining the rest of her life.