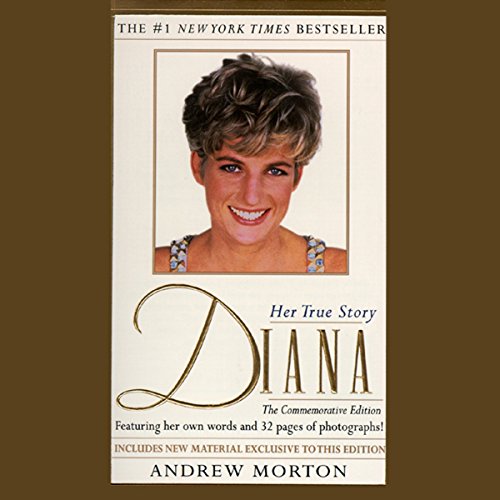 The publication in 1992 of Andrew Morton's Diana: Her True Story shook the British Royal family to its very foundations. Initially greeted with disbelief, as time passed, it became clear that the book was, as its title claimed, Diana's true story.

Diana's friends were hopeful that separation from Charles would bring Diana freedom to find happiness. But has it? With her marriage in limbo and her children only occasionally by her side, Diana's position in the royal family is one of increasing isolation. Diana: Her New Life chronicles the secret battles that have raged behind closed doors, and Diana's frustration as she tries to break free from the restrictions of her semi-detached royal life.

Again with unprecedented access to some of Diana's closest friends, Andrew Morton strips away the royal propaganda and reveals how Diana is learning to become a woman in her own right not a puppet of the palace, and shares Diana's private thoughts on retirement from public life, remarriage, the men in her life, and the grooming of Prince William for his future role.

loved this book. my only beef is I wish it would have been longer. I grew up loving Princess Diana and remember in school watching her on special CNN news reports.. I never minded taking notes when it was on her. I've always loved her and recently watched the last 100 days of Diana. I did not like the way she was portrayed in it other then the tip I got to read this little gem from the episode. May the seed of love always grow in our hearts that she's planted all those years ago.