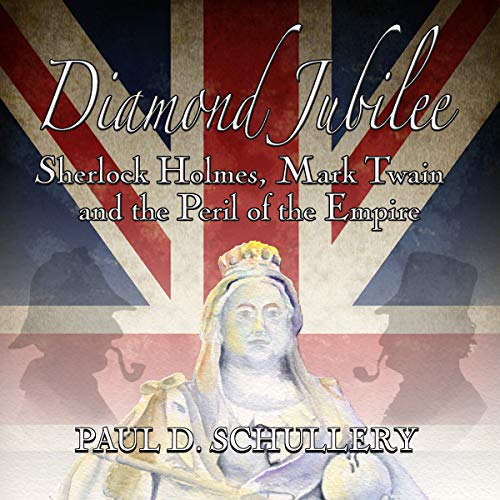 Diamond Jubilee: Sherlock Holmes, Mark Twain, and the Peril of the Empire

It is June, 1897, the eve of the greatest celebration in the history of London - the Diamond Jubilee of Her Royal Highness Victoria, Queen of the United Kingdom and Empress of India. At 221B Baker Street, happy anticipation of the event is shattered when an alarmed Samuel Clemens bursts in and informs Holmes and Watson that his life is threatened by a bizarre international conspiracy. Holmes, Watson, and Clemens spend the frantic final days before the Jubilee discovering that the conspiracy is much worse than Clemens imagined. The very fate of the Empire is at stake. Replete with the trademark Holmesian insights and London underworld adventuring, Diamond Jubilee features a host of London characters, including a brilliant London "crime queen," Prime Minister Robert Gascoyne-Cecil, Mycroft Holmes, Scotland Yard's best and worst, the Baker Street Irregulars (themselves infiltrated by unknown sinister elements), and thousands of the most appalling rats.