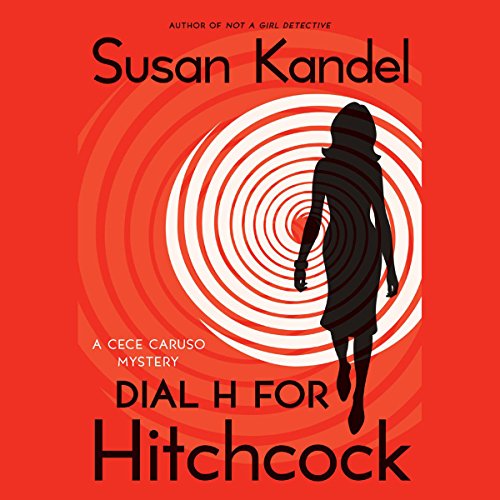 Cece Caruso--mystery biographer extraordinaire, vintage clothing enthusiast, and part-time sleuth--is in freefall. First, she calls off her wedding, for reasons even she can't explain. Second, her newest biography (of Alfred Hitchcock) is way past deadline.

So Cece puts on a houndstooth suit with peplum and heads out to see Vertigo, only to come home with a cell phone belonging to a stranger named Anita Colby. Nothing if not a good citizen, Cece tries to return the cell phone--only to hear someone push Anita off a cliff.

Now a woman is dead, and Cece is under suspicion (tip: don't leave rambling, incoherent messages on someone's answering machine just before she gets murdered). To clear her name and put the real murderer in jail, Cece's going on the lam, where she'll encounter mysterious strangers, unhelpful strippers, a bottle of blond hair dye, and twists and turns so eerie it's as if Hitch himself were writing the script.

A funny story! Many plot allusions to Hitchcock movies. Plot was very thin, but that's not really the point of the book of this nature. Narration was outstanding.

While I like the main character, the ending (solution) to the murder is disgusting. I felt I had been "had".