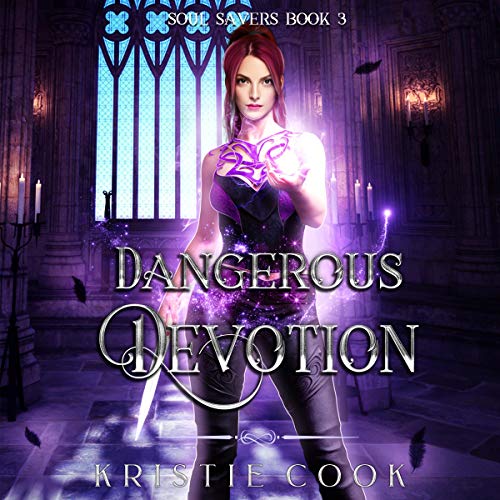 By: Kristie Cook
Narrated by: Erin Mallon
Try for $0.00

When secrets and betrayals abound, where will her devotion lie?

With powerful abilities gained from the Ang'dora and Tristan back by her side, Alexis thinks she's ready for the next challenge - protecting her son from what appears to be the inevitable. But she has so much to learn about her powers, her new world, and the people in it. Nothing is what it seems to be on the surface, including the Amadis.

Power-hungry politicians comprise the council and make impossible demands. A traitor lurks among them all, inciting trouble that could destroy the Amadis and, ultimately, humanity. The Daemoni wreak havoc in the human world, with the ultimatum that they'll continue attacking innocents until Alexis and Tristan are expelled from the Amadis' protection. The couple's own society begins to shut them out. But that's not all.

Someone's keeping a secret. A big one. Faith and hope in Alexis and Tristan will be restored if she can uncover the truth in time.

But the search for answers leads only to the discovery of more betrayals by those closest to Alexis. Her devotion is put to the test - devotion to her husband, to her family, to her people and to her beliefs - leaving her to question whom she's fighting for and why she should even bother. But if she won't fight... who will?

What listeners say about Dangerous Devotion

So this book didn't have Lexi whinny as much like the 1st 2 books but you still had to endure her constant mind thinking which drove me crazy. There were a couple things left un answered but you could stop reading this book and complete the series. me, however, will be going on to the next book. I really want Tristan and Lexi to take back her necklace, with Tristan's heart stone away from that crazy vampire. There was some sex in this book between Lexi and Tristan and quite a bit more cussing but not too bad like some books that are constant with cuss words in every sentence. Thank God! And my heart broke for Charlotte and her son! Man oh man, was that a shocker! Still wish they would have Tristan's POV though.

Great book! Can't wait to read the next one.

If you could sum up Devotion in three words, what would they be?

Storyline kept you guessing who the traitor was right up to the end.

What was one of the most memorable moments of Devotion?

The trial at the end

Which character – as performed by Erin Mallon – was your favorite?

Devotion continues us on the path of Alexis and Tristan. Alexis has started to practice her newly developed skills since the Ang'Dora and trying to come to terms with the stuff Tristan was put through during his disappearance. There is a traitor among them and it has been challenging to figure out just who is behind the treachery. The council is supposed to support the women but has left them reliant on each other.
This book is full of twists and turns leaving you at the end with a cliff-hanger that you are not expecting.

For the most part, I really enjoy this narrator. The one issue I have is that Alexis is now and adult and still at times sounds like a petulant brat.