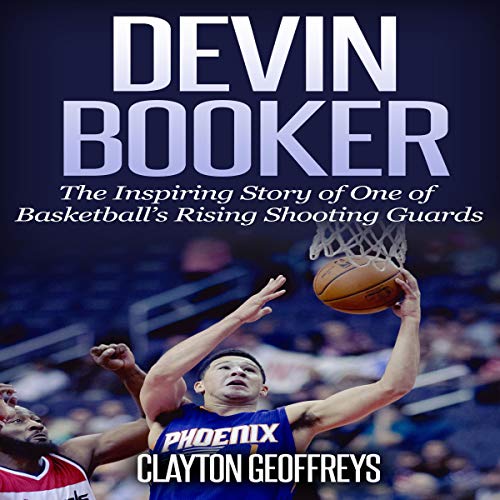 Devin Booker: The Inspiring Story of One of Basketball’s Rising Shooting Guards

By: Clayton Geoffreys
Narrated by: Barry Dean Evans
Try for $0.00

In Devin Booker: The Inspiring Story of One of Basketball’s Rising Shooting Guards, you will learn the incredible story of Devin Booker, one of basketball's most exciting young shooting guards. As the 13th overall pick in the 2015 draft, Devin Booker become a prominent piece of the Suns franchise, as they continue rebuilding post-the-Steve-Nash-and-Mike-D'antoni era.

It's no surprise the Suns extended a five-year maximum contract for Booker in the summer of 2018. After all, he has been one of their most consistent players the last few years. At the time of this writing, expectations are high for Booker looking ahead. There is still a great deal of potential to actualize at the young age of 22. It'll be exciting to follow Booker's journey as he continues to grow in the years to come.

What listeners say about Devin Booker: The Inspiring Story of One of Basketball’s Rising Shooting Guards