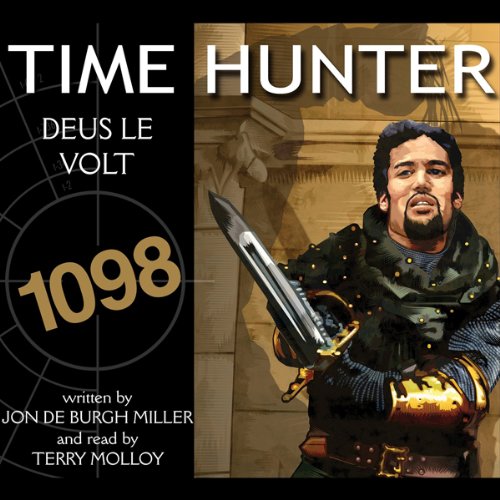 "Deus Le Volt!"..."God Wills It!" The cry of the first Crusade in 1098, despatched by Pope Urban to free Jerusalem from the Turks. Honoré and Emily are plunged into the middle of the conflict on the trail of what appears to be a time-travelling knight. As the siege of Antioch draws to a close, so death haunts the blood-soaked streets...and the Fendahl - a creature that feeds on life itself - is summoned. Honoré and Emily find themselves facing angels and demons in a battle to survive their latest adventure. Part mystery, part detective story, part dark fantasy, part science fiction...original adventures in time and space.

Author Jon de Burgh Miller lives in London where, in addition to writing, he runs an internet consultancy company and is a keen student of medieval history.

Jon’s previous work includes the novel Doctor Who: Dying in the Sun for BBC Books, co-authoring Twilight of the Gods for Virgin Publishing’s New Adventures series, as well as several short stories in collections, such as "Missing Pieces" and "Short Trips: Repercussions.'