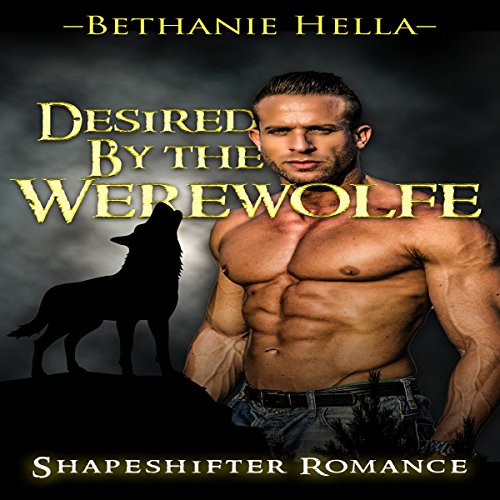 Desired by the Werewolf

Desired by the Werewolf

By: Bethanie Hella
Narrated by: John Lowe
Free with a 30-day trial

Diamond Ennis is a woman who knows what she wants. She wants a life that is filled with happiness. Her life in the meantime has begun to spiral downhill. Life is not how she expected. After a day from hell she meets Brian Montgomery. He is a breath of fresh air until she finds out who he is. He is the one man she has been cursing. After he saves her from a mountain of trouble she feels indebted to him and finds out things she would never have imagined possible.

Brian Montgomery is successful, rich and happy in his own skin. He thinks he has everything until he meets Diamond Ennis. She is a woman who he feels drawn to, and is unlike any woman he has ever known. After saving her from some hoodlums in the apartment building where she stays, he feels himself even more inclined to protect her. Not just from them but from everything. He wants her and nothing will stop him from having her. The problem is he has a secret that he doesn't think he could ever tell her. When she finds out will it make them stronger or tear them apart even more.

What listeners say about Desired by the Werewolf

This would have been a good story, didn't like the narrator,he just made it boring as hell.

Werewolf without a bite

John Lowe's reading was absolutely horrible! He broke at the wrong places as though there were no comma's at all. The worst I've ever heard.
The storyline itself was great and I wish I could read it because I missed so much because of the narration. I find it hard to believe that he didn't mate with her so that was different about this book.

THE WORST NARRATOR I HAVE EVER HEARD.

Do not waste even 2.00 on this book. Do not take it if it is free. Narrator was REALLY bad and the story line was juvenile. I am getting my money back.