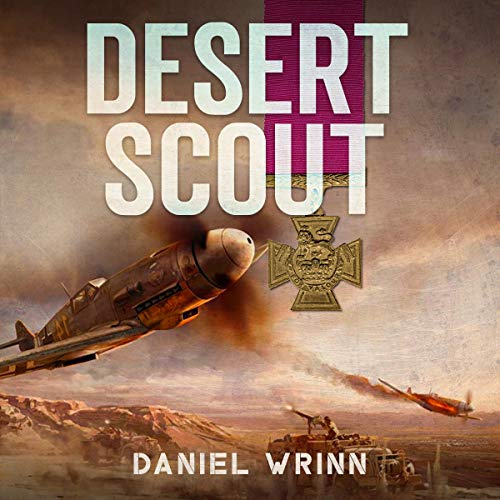 By: Daniel Wrinn
Narrated by: Doug Greene
Try for $0.00

Lost in the desert, the Nazis are the least of his problems.

Stationed on an aircraft carrier in the heart of the Mediterranean, WW II pilot John Archer serves his country by going head-to-head with the Luftwaffe in the struggle for the North African front. And after he’s given his next death-defying mission - to infiltrate enemy lines in Libya and steal top-secret intel - he jumps at the chance.

But when a dogfight with the Luftwaffe leaves him stranded beneath the scorching Libyan sun, Archer finds himself in a race against time to acquire the vital intelligence and make it back to safety before the Nazis - or the desert - can finish him off.

With information that could turn the tide of the war in North Africa, Archer’s mission hangs on by a thread. As the Nazis close in and vicious sandstorms build on the horizon, he knows that the Germans are the least of his problems.

Gear up for the next thrilling adventure in the John Archer series. If you’re a fan of riveting war fiction novels, WW2 aircraft, and the war for the skies, Archer’s next adventure will keep you on the edge of your seat. Perfect for history buffs and fans of war fiction, Desert Scout is an action-packed adventure ideal for teens and young adult listeners.

What listeners say about Desert Scout: World War II Adventures During the Fight for North Africa