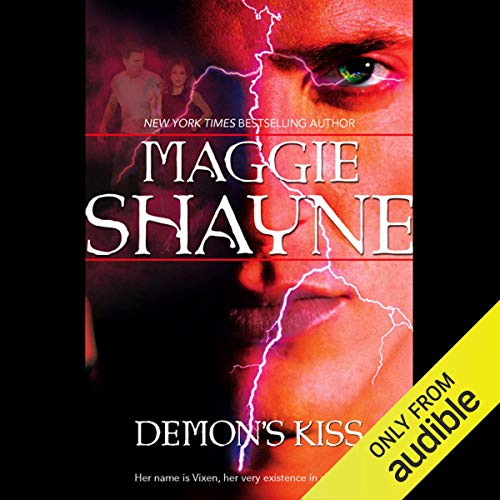 Even by vampire standards, Reaper is a loner, and his current mission to destroy a gang of rogue bloodsuckers is definitely a one-vamp job. Then fate takes a hand, and before he knows it, he's surrounded by a ragtag crew of misfit helpers: the newbie, the princess, the shape-shifter, and the human healer.

Seth is new to immortality, but he's sharp and strong...and he'll risk anything for the rogues' strange female captive, a secretive creature he doesn't understand but feels compelled to save. Vixen is confused by the emotions that swirl through her at the sight of her impulsive hero. She only hopes the brutal Gregor and his bloodthirsty renegades will leave her alive long enough to explore them. Or will Reaper himself be the one to destroy them all?

What listeners say about Demon's Kiss

There are four female 'leads' in this one. One of the lead females has the mentality/emotions of a child and I found myself rolling my eyes a few times because of it. She was just TOO innocent and sheltered and it made me, at points, want to gag.

Another female lead was stupid and hardheaded and you wanted to choke her.

The other two were pretty strong and I'm sure, when their time comes, they'll have good books.

The men were well written and interesting. They didn't have a lot of gag worthy moments.

If you're looking for a sexual book, don't look here. There are, if I remember correctly, only two love scenes in this.

I sometimes think it was spread too thin but it was the first in this 'series' and it has to introduce a lot of people to move the series forward.

For Maggie Shayne, I enjoyed it and I'm looking forward to her next piece.

I've always been a Maggie Shayne fan, but Christian Rummel really brought it to life. The voice made the story all the better and kept me interested through the entire story.

I haven't read a lot by Maggie Shayne but this is really good. It's a series and I can't wait to read the next one!

Can't wait to listen to the next one!

I get what some of you people are saying about the ending and it maybe being a little anti-climactic. I might have felt that way if I hadn't known that there was more. I personally thought this was well written, wrapped up well enough but left it wide open for upcoming books. I can't wait!