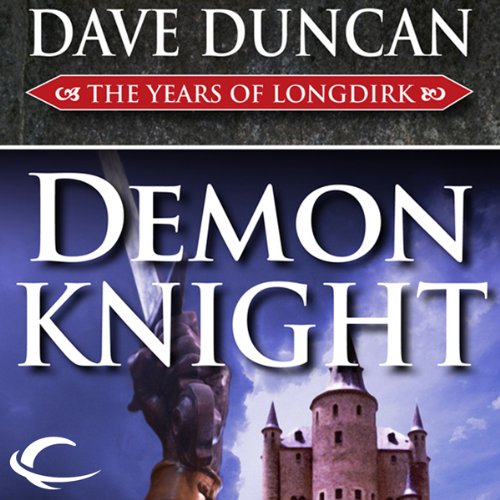 By: Dave Duncan
Narrated by: Mirron Willis
Try for $0.00

The Scottish outlaw Toby Strangerson, known as Longdirk, has used gramarye, dark magic, to defeat the Fiend and save Europe from abject slavery - but he has also made himself the most feared and envied man in all of Italy.

The hordes are reorganizing and plan top sweep over the Alps once more and retake their lost prize of power and conquest. Toby and his friend Hamish struggle to unite the quarreling city-states into a single, powerful force to resist the invasion in a world where no ally can be trusted and traitors lurk in every shadow.

But there's more at stake than freedom and the destiny of a continent. A woman's love is also hanging in the balance.

What listeners say about Demon Knight