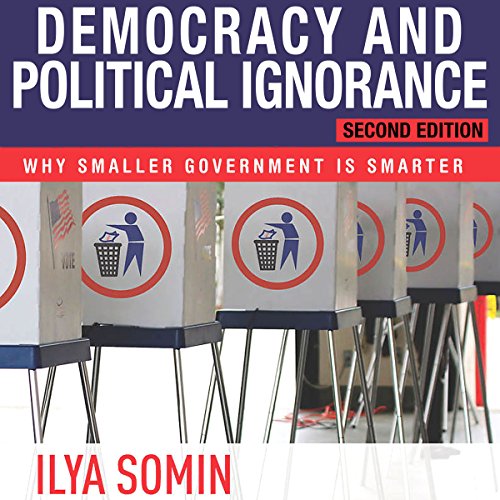 By: Ilya Somin
Narrated by: Peter Lerman
Try for $0.00

One of the biggest problems with modern democracy is that most of the public is usually ignorant of politics and government. Many people understand that their votes are unlikely to change the outcome of an election and don't see the point in learning much about politics. This creates a nation of people with little political knowledge and little ability to objectively evaluate what they do know.

Ilya Somin mines the depths of public ignorance in America and reveals it as a major challenge for democracy. He weighs various potential solutions, provocatively arguing that political ignorance is best mitigated and its effects lessened by decentralizing and limiting government.

This second edition of fully updates its analysis and its implications for "voting with your feet", the connection between political ignorance and the disproportionate political influence of the wealthy, new proposals for increasing political knowledge, and up-to-date survey data on political ignorance from recent elections.

What listeners say about Democracy and Political Ignorance

in depth discussion about our voting process.

love the examples and the insight into our voting and political process. must read for everyone.