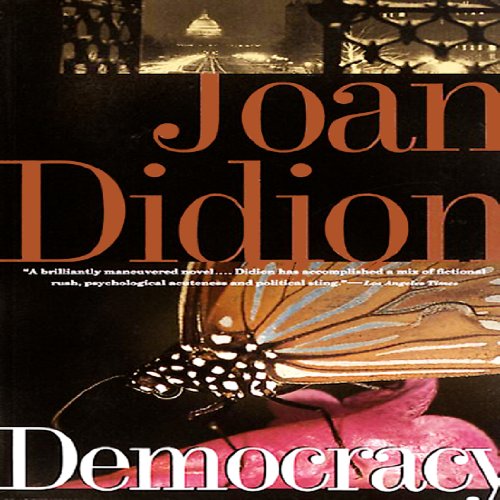 By: Joan Didion
Narrated by: Denise Poirier
Try for $0.00

Inez Victor knows that the major casualty of the political life is memory. But the people around Inez have made careers out of losing track. Her senator husband wants to forget the failure of his last bid for the presidency. Her husband's handler would like the press to forget that Inez's father is a murderer. And, in 1975, the year in which much of this bitterly funny novel is set, America is doing its best to lose track of its one-time client, the lethally hemorrhaging republic of South Vietnam.

As conceived by Joan Didion, these personages and events constitute the terminal fallout of democracy, a fallout that also includes fact-finding junkets, senatorial groupies, the international arms market, and the Orwellian newspeak of the political class. Moving deftly from Honolulu to Jakarta, between romance, farce, and tragedy, Democracy is a tour de force from a writer who can dissect an entire society with a single phrase.

What listeners say about Democracy

This is an odd book, with a unique narration. Parts of it involve moments when the author breaks the fourth wall and speaks directly to the reader, and the rest is mostly told in a peek-at-the-journal style. The writing was beautiful and the story intriguing, but the quirky story-telling style was a bit off-putting for me.