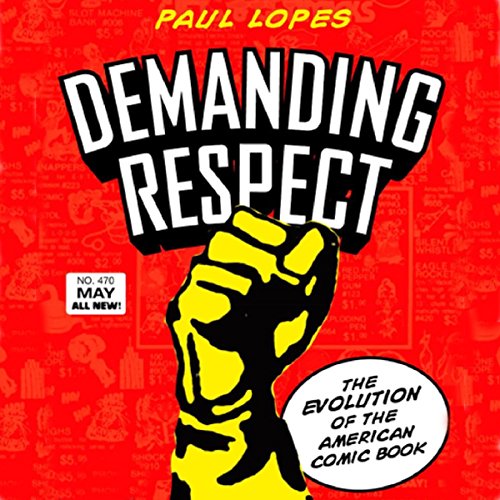 How is it that comic books - the once-reviled form of lowbrow popular culture - are now the rage for Hollywood blockbusters, the basis for best-selling video games, and the inspiration for literary graphic novels? In Demanding Respect, Paul Lopes immerses himself in the discourse and practices of this art and subculture to provide a social history of the American comic book over the last 75 years.

Lopes analyzes the cultural production, reception, and consumption of American comic books throughout history. He charts the rise of superheroes, the proliferation of serials, and the emergence of graphic novels. Demanding Respect explores how comic books born in the 1930s were perceived as a "menace" in the 1950s, only to later become collectors' items and eventually "hip" fiction in the 1980s through today.

Using a theoretical framework to examine the construction of comic book culture - the artists, publishers, readers, and fans - Lopes explains how and why comic books have captured the public's imagination and gained a fanatic cult following.

"This is a solid piece of work." ( The Journal of American History)
"Lopes provides a persuasive, accessible framework for understanding the path that American comics have taken from early derision to the level of respectability that they enjoy today." ( Library Journal)
" Demanding Respect is a solid, well-researched social history of the comic book in North America-detailed, thorough, and well-written. Theoretically sophisticated, it moves beyond the existing emphasis on fan culture to encompass the entire comic book art world. This is a valuable contribution to the literature on American popular culture." (Laura Grindstaff, UC Davis)

What listeners say about Demanding Respect