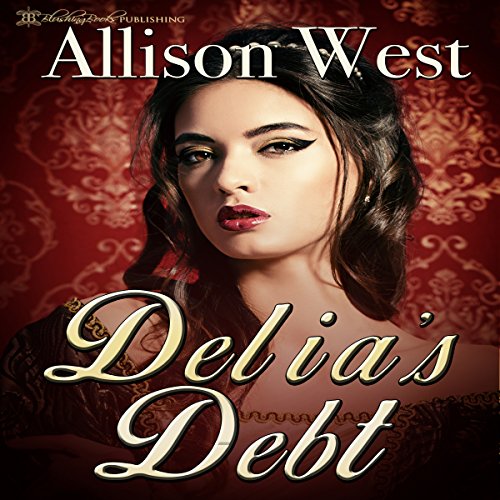 By: Allison West
Narrated by: Elizabeth Tebb
Try for $0.00

At 25, Delia has avoided marrying her betrothed. Her excuse: helping her father run his shop at the market. The few pence they had have run out and with no dowry, Delia doesn't have many prospects, except for the one man she's promised to, Fred Hill. She'd rather set herself on fire than marry him.

In secret, she's been reading the newspaper and communicating with a gentleman across town that is in dire need of a governess. How bad could schooling a young girl be?

With a knack for thievery, Delia convinces her father's coachman to take her to the train station, set for an adventure far from home. Meeting the elusive and handsome Charles Hayward proves troubling as she learns that she'd stolen from him and will be expected to pay him back her debt. Charles runs a strict household and expects constant obedience. Discovering true submission and his desire to discipline, Delia finds her bottom bared far more than she'd like.

What listeners say about Delia's Debt