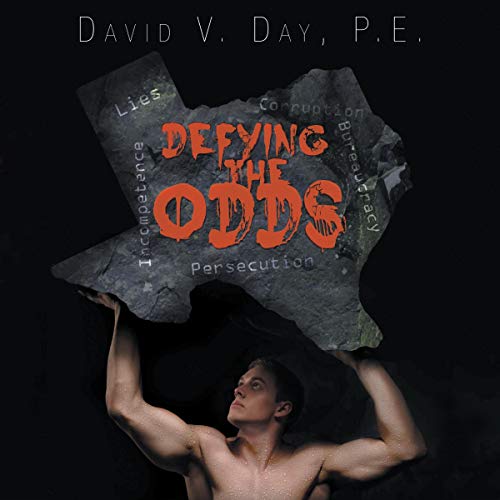 The true story of one engineer's battle with one of the most powerful state agencies in Texas. David V. Day, PE, takes on the Texas Department of Insurance (TDI) in a battle that has lasted nearly half a decade, and is still ongoing as of this print. Day exposes the lengths that TDI Engineers, inspectors, and legal staff will go to punish any engineer or contractor who disagrees with them; including punishing, silencing, or terminating their own employees who are sympathetic to TDI's targets. It is a story filled with so many twists, larger-than-life characters, intrigue, and shady government officials; you will believe you are listening to an espionage thriller. It is a remarkable story of defying the odds, something Day has done all his life.

From the circumstances of his birth, to the chance meeting of his wife, to taking on the largest state agency in Texas, and even miraculously surviving a vehicle rollover with his family; an event that inspired him to tell his story. Day takes on real life villains, exposing incompetence and corruption at the highest levels of the state government and courts. He does this with the help of two experienced attorneys and numerous engineers who have faced similar persecution from TDI. A must-listen for anyone who has ever struggled against corruption or had a bad experience with their insurance company, permit office, or any unaccountable bureaucrat. All licensed professionals need to read this.

What listeners say about Defying the Odds