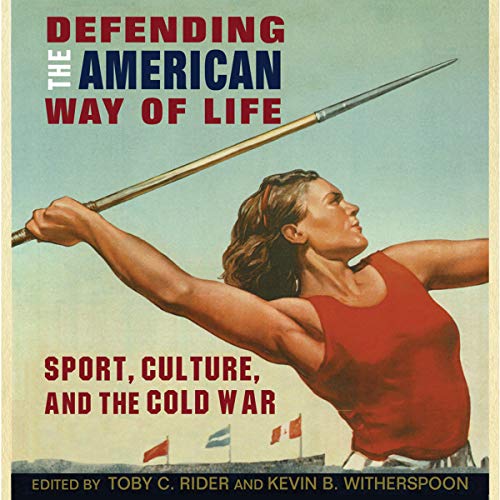 Defending the American Way of Life

By: Kevin B. Witherspoon
Narrated by: Ronald Bruce Meyer
Try for $0.00

The Cold War was fought in every corner of society, including in the sport and entertainment industries. Recognizing the importance of culture in the battle for hearts and minds, the United States, like the Soviet Union, attempted to win the favor of citizens in nonaligned states through the soft power of sport. Athletes became de facto ambassadors of US interests, their wins and losses serving as emblems of broader efforts to shield American culture - both at home and abroad - against communism.

In Defending the American Way of Life, leading sport historians present new perspectives on high-profile issues in this era of sport history alongside research drawn from previously untapped archival sources to highlight the ways that sports influenced and were influenced by Cold War politics. Surveying the significance of sports in Cold War America through lenses of race, gender, diplomacy, cultural infiltration, anti-communist hysteria, doping, state intervention, and more, this collection illustrates how this conflict remains relevant to US sporting institutions, organizations, and ideologies today.

"It's history at its best - explaining sport's past while showing how that past continues to affect sport today." (Rob Ruck, author of Tropic of Football)

What listeners say about Defending the American Way of Life