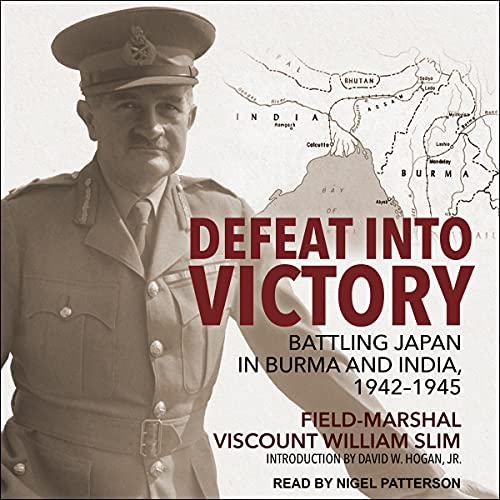 Field Marshal Viscount Slim (1891-1970) led shattered British forces from Burma to India in one of the lesser-known but more nightmarish retreats of World War II. He then restored his army's fighting capabilities and morale with virtually no support from home and counterattacked. His army's slaughter of Japanese troops ultimately liberated India and Burma.

The first edition of Defeat into Victory, published in 1956, was an immediate sensation selling 20,000 copies within a few days. This is an updated version with a new introduction by David W. Hogan Jr.

What listeners say about Defeat into Victory