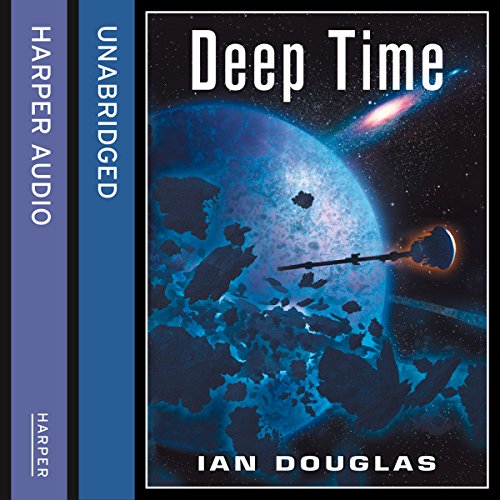 By: Ian Douglas
Narrated by: Nick Sullivan
Try for $0.00

The clock is ticking in the struggle for galactic independence. Once rebels fighting all-out civil war with The Earth Confederation, over the demands of the Interstellar Sh'daar Collective, the United States of North America is now the dominant force in negotiations with the Sh'daar. But as the Marines root out the last violent dissenters, an alien ship of unknown origin suddenly flees Earth's orbit. Is it mere coincidence...or a terrifying omen?

President Alexander Koenig watches with great interest as USNA forces give chase. But upon first contact, it's not apparent where they are headed or, terrifyingly, even when. For this bizarre species has somehow mastered the power to manipulate time itself. Now Koenig must decide whether he's dealing with angels of astonishing technological prowess...or the agents of humanity's destruction.

“Douglas knows his SF.” ( Publishers Weekly)
“The action is full-blooded and almost nonstop, yet the well-developed background is surprisingly rich and logical.…As immersive as it is impressive.” ( Kirkus, Starred Review)

What listeners say about Deep Time

A well researched and well read story. Excellent character generation and an engaging story. Looking forward to the next one.

Good book but the Scottish accent was terrible!

I loved the book but I had to turn it off during the attempt at the Scottish accent. Being from Scotland myself I found it painful and an attempt at a stereotype that was actually offensive. Please do do attempt this again.

This continues to be one of the great SiFi series. best read from book one as they all follow on so well. Beautifully narrated which compliments the story.