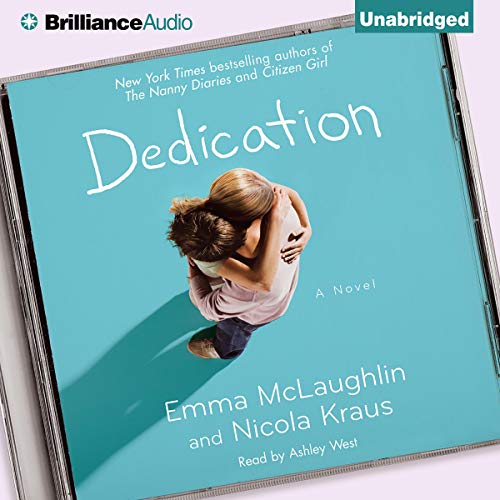 By: Nicola Kraus,Emma McLaughlin
Narrated by: Ashley West
Free with a 30-day trial

Kate Hollis' ex-boyfriend's face plasters newsstands and TV, the Internet, and the multiplex. Jake Sharpe is one of the biggest recording stars on the planet, and every song he's famous for is about Kate. For over a decade his soundtrack has chased her - from the gym to the supermarket, from the dentist's office to the bars.

Now, 30-year-old Kate gets the call that Jake has finally landed back in their Vermont hometown for an MTV special. The moment she has been waiting for has arrived.

On the eve of their prom, Jake Sharpe vanished, resurfacing when his song "Losing" - about his and Kate's first sexual experience - shot to the top of the Billboard charts. And the hits kept coming, each more personal than the one before.

Now Kate gets her chance to confront Jake and reclaim her past. But after 11 years of enduring protracted and far-from-private heartbreak, everyone in Kate's life has a stake in how this plays out. Kate must risk betraying the friends Jake abandoned, the bandmates whose songs he plundered, and her own parents, who fear this will dredge up a shared past more painful than any of them want to acknowledge. But after getting the call in the dead of night and jumping on a plane, can she turn back now?

Newsweek dubbed The Nanny Diaries "a national phenomenon" and the New Republic proclaimed, "Thank God for Citizen Girl." Now McLaughlin and Kraus have written a poignant, humorous tale about modern celebrity obsession and coming of age during the divorce boom. With flawless depictions of the 1980s, a charismatic heroine, and their signature biting wit, the authors offer up another lively and hilarious tale of a smart young woman looking for satisfaction in the chaos of contemporary culture.

What listeners say about Dedication

The book was slow and frustrating. The main character is weak and makes you want to just shake her. However, as the book has so little depth, I guess the character cannot be expected to be anything but shallow. Save your credits for something more worthwhile.

A meandering storyline and a terrible, cheerleader of a narrator make this book my most regretful purchase yet. I've tried multiple times to just push through and finish it, but just...can't...seem....to...

it's just that bad.