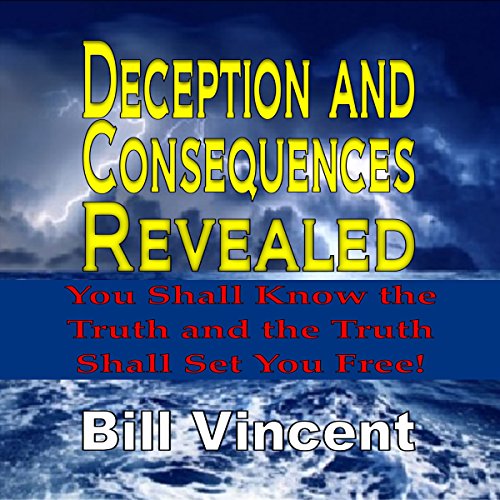 You Shall Know the Truth and the Truth Shall Set You Free
By: Bill Vincent
Narrated by: Al Remington
Length: 1 hr and 16 mins
Categories: Religion & Spirituality, Religious Thought
5 out of 5 stars 4.9 (34 ratings)

God has been speaking for a while, about what the enemy is using for sneak attacks. God begins to lay things in Bill Vincent's heart completely, to put God's finger on it. This is more like a Watchman of the Lord Book and God releases these things, it's very powerful and it's for such a time as this. I believe this is probably going to be the most critical of all. Bill cuts to the chase by exposing some of the false doctrines being released today. This is the most serious time to protect our children before the enemy pulls them down. Some of the things that's going on. It's not about races. It's not about anything that's going on in this country. What's going on in this country is there's a demon from hell that is pulling children and is trying to take them for his own. Bill reveals some things most people overlook, don't realize and we think all children are protected. They're just fine, they're safe or are they?

If you could sum up Deception and Consequences Revealed in three words, what would they be?

What was one of the most memorable moments of Deception and Consequences Revealed?

the big point I took away is that some ministries are around as a judgment of God, not that people are victims to a false ministry. Never saw it in that light before, but it is the truth.

highlighted and accented key points to drive home the important points of this teaching.

no, but it did cause me to view false ministries in a different light.

Very good teaching. Recommend same to all in furthering your understanding of the times.