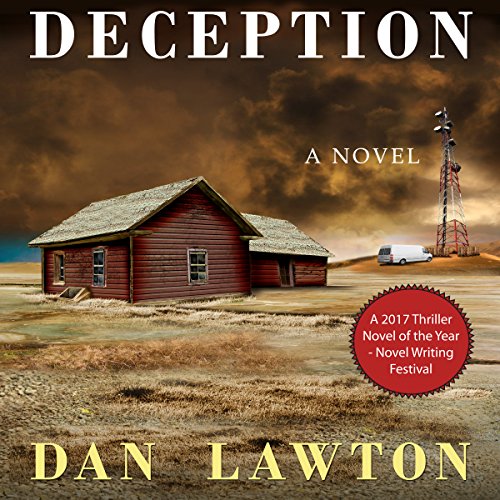 By: Dan Lawton
Narrated by: Alex Freeman
Try for $0.00

A quartet's heist built on vengeance is detoured by greed, love, murder, and ulterior motives.

Topeka, Kansas, is home to the Zveds, a notorious group of wealthy hit men who aren't afraid to make bold moves if it means saving themselves. Billy Lewis, a local cop working for his father, knows that first hand. After his father is killed, Billy is forced to take the reins of caring for his well-meaning but mentally unstable brother, Frank.

When Billy stumbles upon Alicia Diaz - a mysterious, benevolent, and beautiful Cuban immigrant - they join forces to conspire to steal enough money from the Zveds to live out their days in hiding, all the while going after the heart of the matter: vengeance for the death of Billy's father.

George Sanders is simply at the wrong place at the wrong time. A lifelong resident of Topeka and with no family or close friends, George is longing for companionship. When he is swept off his feet and seduced by a voluptuous outsider, he thinks he's been given the gift he's always dreamed of. But what he doesn't realize is that his worst nightmare is yet to come.

Weeks later, after not having heard from her since their one night rendezvous, George is faced with a life-changing dilemma, and it's one in which he can't let pass him by. With the promise of being able to walk away with all that he's ever wanted, George agrees to do the unthinkable.

Plotting and actually stealing the money from the Zveds is one thing, but when something goes terribly wrong and their cover is blown, a battle for survival ensues. Between seeking revenge, fighting for family, and a boiling love triangle filled with sexual tension and ulterior motives, not everyone is guaranteed to make it out alive.

What listeners say about Deception