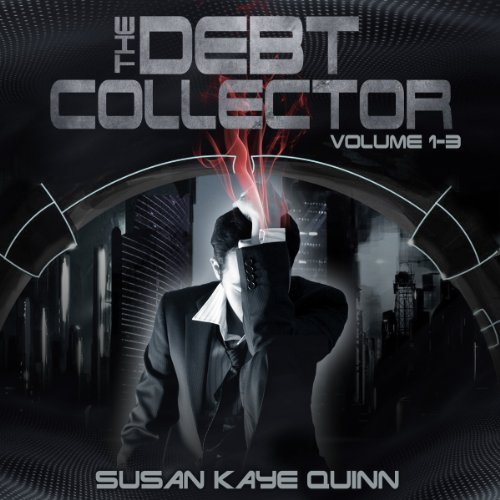 By: Susan Kaye Quinn
Narrated by: Max Miller
Try for $0.00

What's your life worth on the open market?

A debt collector can tell you precisely.

Lirium plays the part of the grim reaper well, with his dark trenchcoat, jackboots, and the black marks on his soul that every debt collector carries. He's just in it for his cut, the ten percent of the life energy he collects before he transfers it on to the high potentials, the people who will make the world a better place with their brains, their work, and their lives. That hit of life energy, a bottle of vodka, and a visit from one of Madam Anastazja's sex workers keep him alive, stable, and mostly sane... until he collects again. But when his recovery ritual is disrupted by a sex worker who isn't what she seems, he has to choose between doing an illegal hit for a girl whose story has more holes than his soul or facing the bottle alone - a dark pit he's not sure he'll be able to climb out of again.

These are the first three of nine episodes in the first season of The Debt Collector serial. This dark and gritty future-noir is about a world where your life worth is tabulated on the open market and going into debt risks a lot more than your credit rating.

Follows Lirium a grim reaper but not in the normal sense of the word, your life is a balance sheet and you are given finance on what you can contribute to society. But if you get ill and are unable to pay the money back for example, a grim will come and take the remainder of your life and pass it on to the creditor. the life is like a drug, a high like no other. there are rules though and boundaries not to be passed.
Grims are rare and you either work for the tightly controlled government or the underground.
I enjoyed this very much but would liked to of listened to the whole book together, instead of having to use two credits to get the rest of the story, not sure I will bother on principle because at the end you really are left in limbo, I thought there would of least been some closure. Despite my moans a refreshing change to the genre.